Miami: Beyond the Beach

MIAMI IS NOT ONLY ABOUT BEACHES — though you’d be forgiven for thinking so after one look down its endless shoreline. It’s also an incredible spot for doing business. With a booming economy and miles of options for dining and entertaining, make your trip to the fourth-largest urban area in the United States both fun and productive.

Behind only New York City, the volume of tourism here makes Miami International Airport the second-largest international port of entry for foreign air passengers. Four interstate highways and two Amtrak rail lines funnel into Downtown Miami, while the Miami-Dade Transit and SFRTA provide ample services including Metromover, Tri-Rail, Metrorail and buses. Since Miami is the eighth-most walkable city among the 50 largest in the nation, you can also hoof it between locales.

Start Downtown, where you can easily get from the historic Central Business District to the standout neighborhood of Brickell, often called “the Manhattan of the South,” on foot. Miami’s other three quadrants — North, South and West — are each studded with their own iconic and multicultural enclaves like Coconut Grove with its many parks, Midtown and Little Havana.

Once you’re settled in, get right to business during an early morning tee time at any one of a plethora of world-class golf courses in and just outside the city. Trump made a name for himself long before last year on Miami’s golf scene, revitalizing a series of sites in the National Doral, but consensus says the Melreese Country Club golf course is the top destination. If you want a more traditional experience, head to the Biltmore’s championship course, around since 1925.

After you’ve broken the ice over 18 holes, head to brunch in a quieter setting as you talk business. Locals swear by GreenStreet Cafe in Coconut Grove, a Miami institution for nearly 25 years. Or impress your clients with a reservation at the Design District’s Crumb on Parchment, a cozy restaurant started by one of the city’s top chefs, Michelle Bernstein. 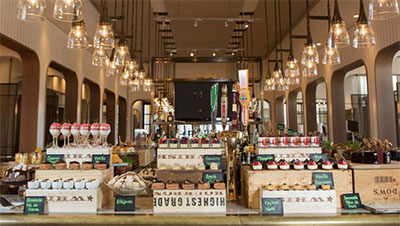 But maybe the most popular locale for power breakfasts is EDGE at the Four Seasons, with its marble bar and outdoor terrace and, even more importantly, a distinctive emphasis on farm-to-table freshness. You can also book a private dining room for eight to 20 guests … or the whole place for up to 150.

Here’s where your day diverges. You could stick close to the city, especially if you’re staying at the Four Seasons, which caters to business travelers with amenities like presentation supplies on hand. However, your options for entertaining clients stretch all the way to the ocean and beyond. You could conduct a meeting while taking in the skyline from a yacht. Miami Yacht Charters & Rentals offers half-day, full-day and even multiday charters on anything from a 35- to a 150-footer. You can also charter fishing trips from numerous outlets including Sea Cross Miami Deep Sea Fishing Charters and Blue Infinity Charters.

But if you’ve stuck around and are ready for a midday power lunch, you’ll find any number of trendy spots to choose from, no matter what neighborhood you’re based in. Everyone agrees Bulla Gastrobar, with its Latin American variety of dishes, is the spot to beat. Brickell offers another top-notch lunch spot in db Bistro Moderne, or the classic Rusty Pelican provides incredible ocean views. 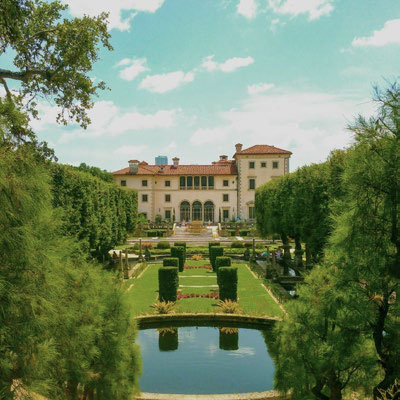 After lunch, impress your clients with a visit to one of the city’s cultural treasures. The Villa Vizcaya Museum and Gardens sprawls across 28 acres of natural and architectural beauty. Built in 1916 by a team of artists, engineers and designers brought from Europe specifically to add an air of authenticity to its Renaissance style, the mansion features 34 rooms, a gorgeous courtyard and numerous sculptures and other works of art. A stroll through coastal Bayfront Park takes you past the Pepper Fountain and numerous monuments including The Torch of Friendship, commemorating this gateway to Latin America.

Less conventional choices for entertaining include the Bay of Pigs Museum and the Burger Museum. Miami is bursting with off-the-wall art, even when not hosting Art Basel, which takes place every year. The Pérez Art Museum Miami and Bass Museum of Art also house world-class galleries. Whether inside or out, Miami’s vibrant culture provides a world-class backdrop for business.