IN RECENT DECADES, ECONOMIC REFORMS and trade deals brought about a transformation in Mexico. As the country opened up to new business opportunities and wealth increased, the hospitality industry saw plenty of development.

Well-placed to ride the wave, Grupo Posadas flourishes as the leading hotel company in Mexico. Since 1992 the company has been publicly traded, and today it manages nearly 160 hotels with more than 24,000 beds. Posadas focuses on the Mexican hotel market, but it has taken some interesting twists and turns over the course of its history.

Founder Gastón Azcárraga Tamayo set up the company in 1967 and opened the first hotel in 1970. After steady expansion in Mexico, Posadas bought three Caesar hotels in South America in 1998. However, the experiment in foreign markets was short-lived, and Posadas showed a renewed focus on the Mexican market by selling off its South American properties in 2012.

Another interesting episode came in 2005, when Posadas bought the second-largest airline group in Mexico, Mexicana de Aviación. It suspended operations in 2010 following a controversial conflict with staff unions and allegations of asset stripping by the Posadas founder, who faced legal proceedings. However, the current management and Posadas itself have not been linked to any lawsuits.

While these business development efforts didn’t work out, the company now follows an aggressive expansion plan in the Mexican market. “We are concentrating on what we know well, which is operating hotels, developing hotel concepts and brands suited to different situations, and commercializing them so that they are successful,” said José Carlos Azcárraga, CEO, Posadas. 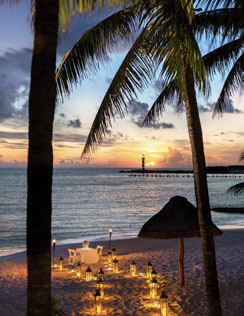 In recent years, Posadas added one new hotel to its portfolio per month. One of the ways it has done so is through a franchise model called Gamma that runs under the Fiesta Americana and Fiesta Inn brands. It offers hotel owners and independent chains the opportunity to benefit from the marketing clout of Posadas while allowing their clients to take advantage of the company loyalty program. Hotel owners have the option of continuing to manage operations themselves or letting Posadas take over.

“It’s similar to the Ritz model in the United States,” said Azcárraga. “We are doing well with these projects.” Hotels can apply to join the Gamma plan as long as they meet a set of minimum requirements for factors such as comfort and security. The benefits can be massive for small independent hotels that struggle to finance promotion and distribution strategy themselves.

At the same time, each property retains its distinctive character. Azcárraga believes consumers want to feel as though they are enjoying a unique experience rather than a homogenized one. “People look for something more personalized that is adapted to their needs,” he said in an interview with CNN. “We want to get away from being a company that offers rooms and become one that provides personal experiences.”

Posadas also takes steps to keep up with the latest technology in the sector, signing a February 2018 deal to power operations using the ALICE platform in all of its hotels. The technology will allow for better insights from across the different hotel brands, with the aim of improving the guest experience.

ALICE will also allow the company to maintain standards across its portfolio, especially important given the projected growth of the Gamma franchise program. The platform will also track efficiency in dealing with guest requests, with the aim of driving customer service to even higher levels.

After a renewed focus on the Mexican market, Posadas recently announced big international plans. The group decided to expand into Cuba and the Dominican Republic, with two hotels expected to open in each country this year. Plans are also afoot for hotels in five U.S. cities. 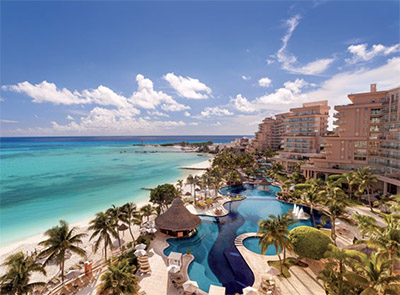 Due to the nature of the communist government in Cuba, the new properties will be financed by the authorities and operated by Posadas. The two all-inclusive properties will be part of the Fiesta Americana brand, with a 633-room hotel in Varadero and a 749-room hotel in Holguin. Both will start operations July 1 and will soon be joined by the 554-room Grand Fiesta Americana in Punta Cana, Dominican Republic. Azcárraga also told Mexican newspaper El Universal about plans to open five hotels in the United States in the next few years. The first will be in Chicago, followed by Los Angeles, Miami, New York and Dallas.

According to Enrique Calderón, vice president of hotel operations, Posadas, investors will finance most of the planned hotels. “The majority of the expansion will be financed by third parties because we aren’t that rich,” he said. “In fact, the ownerinvestor groups of many hotels that we manage have shown an interest in continuing to grow with us because they’re happy with the operation, which has been good business for them.”

Under the expansion plan, Posadas will control 250 hotels with 45,000 rooms by 2020. In 2018 the company plans to add 30 hotels to its portfolio, with the Live Aqua brand a focus. According to Rafael Lizarraga, chief commercial officer, Posadas, Live Aqua is a “modern lifestyle brand” including both resorts and business hotels.

“Everything is related to elements and senses,” he told TravelPulse. “When you visit any of our Aqua properties, you’ll immediately perceive a unique aroma that helps you relax and become involved in the Live Aqua experience.”

Although there are changes on the horizon in various areas of the business, one thing looks set to remain constant. The Fiesta Rewards loyalty program covers the entire Posadas portfolio, including Gamma properties, and benefits include free nights, a 10 percent discount on public rates and access to exclusive events. 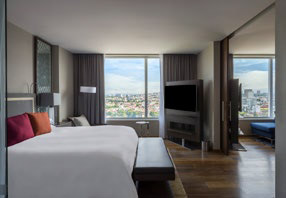 Loyal customers can look forward to using their benefits at a growing number of hotels in different countries if Posadas expands as planned. International expansion may help to offset some issues closer to home — for example, the growing wave of violent crime affecting occupancy rates at hotels in Cancún and the Riviera Maya. At the same time, the Mexican tourist industry is booming, and Posadas stands to benefit if the trend continues. All in all, it’s an exciting time for the group and its customers.

THE EXPLOREAN
Demographic: Couples on honeymoon or looking for a holiday that will last long in the memory
Offerings: There are two Explorean properties in the Yucatán Peninsula, with exclusive facilities set in the dramatic surroundings of the Maya jungle. Combine a luxurious stay with adventurous kayaking, cycling or hiking excursions.
Highlight: The all-inclusive Explorean Kohunlich, located in the jungle near Cozumel on the border with Belize, offers the ultimate in luxury for adventurous types.

FIESTA AMERICANA
Demographic: Fiesta Americana caters to those who want 5-star luxury with a more casual atmosphere, and many of the properties welcome family groups.
Offerings: The brand operates hotels at a whole raft of famous tourist spots throughout Mexico, including Cancún and Acapulco, plus it will open two new properties in Cuba in 2018.
Highlight: Fiesta Americana’s new property in the eastern Cuban town of Holguin boasts 749 rooms and makes a great place for visitors to experience the delights of the Caribbean island.

FIESTA INN
Demographic: Aimed at business travelers who need to be as productive as possible during their stay
Offerings: With more than 60 hotels across Mexico, Fiesta Inn is a great choice for those who regularly travel to commercial hubs such as Mexico City and Monterrey. There are also properties in vacation towns such as Cancún which can double as more budget-friendly family accommodations.
Highlight: The Fiesta Inn Guadalajara Expo is a great base for business travelers looking to tap into the booming market of Mexico’s secondlargest city.

GAMMA
Demographic: Gamma properties cater to those who want a local experience, wherever they are.
Offerings: Each Gamma property is individual but operated by Grupo Posadas. They offer the character of independent hotels with all of the conveniences of a chain.
Highlight: Gamma Mérida El Castellano is situated in the colonial heart of Mérida, capital of Yucatán state. It makes a great base for exploring the city and the colonial haciendas that surround it.

GRAND FIESTA AMERICANA
Demographic: Luxury travelers looking for topquality facilities in an exclusive atmosphere
Offerings: With unique amenities and a focus on personalized service, all of the Grand Fiesta Americana properties offer top-notch, 5-star experiences.
Highlight: Check in to the Grand Fiesta Americana Chapultepec in Mexico City and escape the noise of the city for a luxurious stay in the middle of the Chapultepec forest.

ONE
Demographic: Budget travelers who want a good night’s sleep before moving on to their next destination
Offerings: One properties are now found across Mexico after the first property opened in Monterrey in 2006. Each hotel is conveniently located for budget travelers on any kind of trip.
Highlight: Book a stay at the One hotel in Oaxaca City and get to know this fascinating region famous for food and indigenous culture.