Rio de Janeiro, with its mountain- rimmed beaches and balmy weather, might be Brazil’s most iconic city, but São Paulo — or Sampa, as locals affectionately call it — rivals as the economic and cultural capital of South America’s largest country. Justifiably compared to New York, the sprawling metropolis of 12.5 million inhabitants boasts some of the Southern Hemisphere’s best dining, museums and entertainment. From Michelin- starred restaurants to legendary nightclubs that roar until the late morning to exquisite art galleries like MASP, São Paulo exudes endless sophistication and excitement. Cosmopolitan and welcoming, Paulistas (São Paulo locals) speak English well and love to share their hometown’s charms with visitors. As Latin America’s most important financial hub, the city naturally attracts meeting planners with first-rate MICE amenities including convention centers, business hotels and trade show venues.

Visitors to São Paulo quickly note the flocks of helicopters weaving between the city’s skyscrapers, and, in fact, Sampa boasts the most chopper traffic of any city in the world. But for those who prefer more conventional transportation, the city operates an excellent subway and bus system as well. The subway reaches just about all corners of the vast city, with tickets available for purchase in stations. If you need help getting around, locals are usually more than happy to help out. Uber and taxi services are also ubiquitous throughout the city. 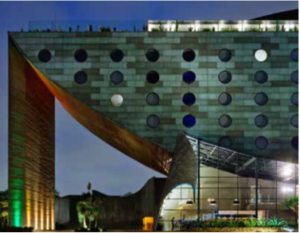 São Paulo maintains all the necessary ingredients for wildly successful conventions and hosts 90,000 events each year. The São Paulo Expo, one of the largest convention centers in the world, hosts everything from auto industry trade shows to biotech conferences and can accommodate just about any type of convention — large or small, formal or casual. The Expo contains several large spaces for trade shows as well as lecture halls with stages, superb sound systems and enough seating to accommodate up to 7,000 participants. The Expo lies about 20 minutes by Uber from Avenida Paulista and Jardins, perfect neighborhoods for dining or blowing off steam post-convention.

The São Paulo Business Center proves another terrific option for corporate conferences, meetings and hybrid events. Partnered with several hotels within walking distance, the SPBC offers unrivaled comfort and convenience. Since the center contains several excellent restaurants, bars and cafés, participants can stay on site for meals, coffee breaks and even happy hours.

The architectural equivalent of a Salvador Dalí painting, São Paulo’s Hotel Unique mesmerizes all who behold it. Designed by Ruh Ohtake, a celebrated Japanese-Brazilian architect, the massive, boat-shaped hotel boasts a tree-lined swimming pool and event spaces ideal for any corporate gather- ing, all surrounded by blocks of trendy restaurants, cafés and bars where guests can unwind. Guestrooms run about $400 per night, and the hotel partners with the American Express Fine Hotels + Resorts program, meaning guests with the Amex Platinum Card may receive upgrades and perks.
hotelunique.com

São Paulo’s Football Museum, part soccer history exhibit and part shrine to the game’s greatest players, resides in Pacaembu Stadium, where Corinthians and Palmeiras, two of Brazil’s most popular soccer teams, hold their home matches. For the ultimate São Paulo soccer experience, visit the museum during the day and return at night to watch a game and revel with some of the world’s most fervent fans. The Football Museum hosts corporate events such as press conferences, product launches, promotional campaigns and business social gatherings.
museudofutebol.org.br