Busan Rocks into the Wee Hours

MUCH LIKE THE NORTHERLY capital of Seoul, Korea’s second city, Busan, doesn’t truly come alive until after dark. When the sun goes down and the Diamond Bridge across Busan Harbour lights up, Busaners start their evenings with soju (Korean alcohol) and barbecue and often end at the noraebang (karaoke room), belting out K-Pop ballads until the wee hours of the morning.

The city’s most popular restaurants, bars and clubs center around the prime beachfront neighborhoods of Haeundae and Gwangan, along with the student areas of Kyungsung University and Pukyong National University. LGBTQ-friendly options are not as numerous as in more cosmopolitan Seoul, but several small gay bars located in the Beomil neighborhood include Banana Bar, One Bar and BLUE. 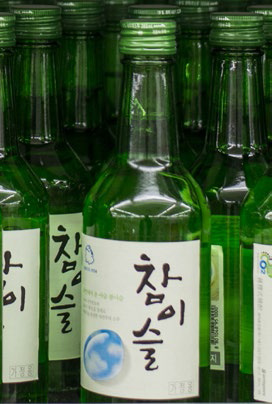 Expats frequent the hofs (beer bars) near the beaches, such as Starface and Thursday Party, where live music often plays on weekends. Recently Busan opened its first microbrewery, Galmegi Brewing (a nod to the city’s unofficial mascot, the seagull), which brews American-style IPAs and APAs near Gwangan Beach. At most bars, however, soju remains the drink of choice, and in such vast quantities the inexperienced may find it difficult to keep up with the toasts of business colleagues.

Dancing in Busan doesn’t get started until well after midnight, and club goers are expected to dress to impress. International DJs sometimes stop in at Club Elune in Haeundae or Club Foxy in the Seomyeon neighborhood. Aside from dancing, singing karaoke is a national pastime, so don’t be surprised if your business associates insist you take the mic at any one of the hundreds of karaoke rooms open until 6 or 7 in the morning.

To freshen up for a day at work after partying all night, Busan’s office workers catch a few winks and a shower at the jjimjilbang, or public bathhouses. The largest and cleanest of these is Spa Land, located inside the upscale Shinsegae shopping center; however, it closes at midnight. At 24-hour options like Hurshimchung Spa near PNU and Hill Spa on Dalmaji Hill, you can freshen up with a piping hot bath and body scrub before returning to meetings.