NO MATTER WHAT HAPPENS — or doesn’t happen — with Brexit and the United Kingdom’s efforts to leave the European Union, London remains a vital center of culture and finance.

As proof, head for the north-central London neighborhood of King’s Cross, dubbed the “Knowledge Quarter.” A decade or so back, this area, anchored by the King’s Cross and St. Pancras railway stations, was gritty and rough. Now, though, it stands out as one of the city’s most vibrant hubs for business and leisure, thanks to ongoing major redevelopment efforts and the undeterred influx of high-tech companies. 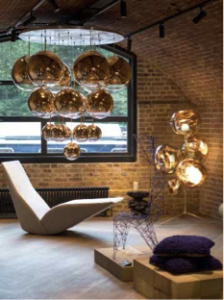 Well-funded, up-and-coming startups as well as tech giants such as Google and Facebook are planting roots and establishing major outposts in the King’s Cross neighborhood. Biomedical and scientific organizations flock here as well. The Francis Crick Institute makes its home here, with a café, exhibition gallery, and events open to the public. Also in the neighborhood: the Alan Turing Institute, named for the British mathematician and computer pioneer, and the Wellcome Collection, a free medical and science museum that identifies with an “incurably curious” audience and offers a café, gift shop, library, and the Wellcome Kitchen restaurant.

Cultural opportunities also abound in the Knowledge Quarter: The British Library offers plenty of free events, tours, lectures and exhibitions for the public. In addition to temporary exhibitions, the free, permanent “Treasures of the British Library” exhibit displays everything from a Gutenberg Bible and the Magna Carta to one of Leonardo da Vinci’s notebooks. King’s Place, a major arts, music and event venue which includes a café and the Rotunda Bar & Restaurant with a waterside terrace, can be booked for meetings and events.

In between meetings, tap into the free, unlimited and robust (up to 5Mbps — “enough to stream a video”) WiFi offered throughout the King’s Cross neighborhood and explore some of the area’s other attractions. For an overview of the area, download an illustrated do-it-yourself walking tour or sign up for a free guided tour offered by the King’s Cross Visitor Center. 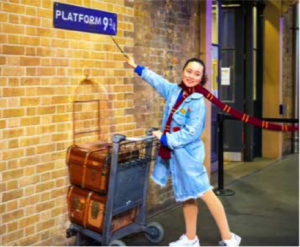 Built in 1850 to warehouse and disperse the millions of tons of coal that once arrived in London each year by rail, Coal Drops Yard, just a short walk from St. Pancras, was recently reborn as a trendy shopping, dining and cultural center. The fountains at Granary Square, with 1,080 individually controlled and lit jets, prove endlessly fascinating, whether you take off your shoes and take a run through them or not. Harry Potter fans will want to grab a photo with a baggage cart embedded in the wall at Platform 93⁄4 at King’s Cross Station. And if you’re in town on a weekend, be sure to wander through Canopy Market, the covered market that operates just off of Granary Square and features food, drink, music, flowers and plenty of handmade objects.

Four train services operate from the neo-Gothic St. Pancras International railway station, including Eurostar, providing service to Paris, Brussels and Amsterdam and several other cities. St. Pancras is also home to the St. Pancras Champagne Bar by Searcy’s, with “Press for Champagne” buttons on the tables, and the 5-star St. Pancras Renaissance Hotel London. It encompasses impressive venues including the Booking Office and the Gilbert Scott for power breakfasts, lunch meetings, cocktails, afternoon tea, and close-the-deal business dinners.

As a nice touch, guests staying in one of the hotel’s Chamber Suites and arriving via Eurostar are met on the platform by a hotel concierge and escorted to their rooms. Those departing get the fast-track Seat to Suite service as well.

The King’s Cross neighborhood provides plenty of ways to get to, from and through it, as it is one of the best-connected hubs in the city and the United Kingdom. Uber proves a popular way to travel in London, and visitors also can hail London’s iconic black cabs at most hotels and on most corners. For convenience and efficiency, consider pre-booked car service, such as Addison Lee and GLH.

Heathrow, Gatwick and Luton airports all lie within one hour via the London Underground, known as the Tube. Tube lines that reach King’s Cross include Circle, Hammersmith & City, Metropolitan, Northern, Piccadilly and Victoria. To travel, buy an Oyster Card from machines inside stations, load it with cash value and keep in mind you can also use the card on buses and trams. London also offers Santander Cycles bike hire service, allowing users to hire a bike from any docking station and return it to a docking station elsewhere.