A CHANGE IS OCCURRING on the edge of the Midwest, right where Ohio gives way to the northern border of Kentucky and the eastern border of Indiana. The city of Cincinnati, the third-largest in the state and a regional destination for decades, is undergoing a renaissance, with revitalization making way for new business, a new millennial workforce and, in turn, new travelers.

This is not Cincinnati’s first foray in the spotlight. It ranked as one of America’s top 10 cities by population in the 1800s, an important shipping hub with its location on the Ohio River, fueled by German and Irish immigrants. For a brief period, it held the name “Porkopolis,” the largest pork-producer in the world. It gained another accolade in 1890 when it was named “Beer Capital of the World,” with the historically German neighborhood Over-the-Rhine touting the most breweries per capita.

However, things changed over time. Chicago took over the country’s pork production. Over-the-Rhine fell into decline. Bigger, brighter cities took top rankings away from Cincinnati as the country moved ever westward.

While Cincinnati continued to serve its loyal citizens as well as those in the surrounding rural regions of Ohio and Kentucky, it was hardly a national destination. Additionally, Procter & Gamble, Kroger and the select Fortune 500 companies located in Cincinnati found it increasingly difficult to attract a workforce from outside the area. By the time the Cincinnati riots of 2001 occurred, it was clear a change was needed.

According to Joe Rudemiller, senior communications manager, Cincinnati Center City Development Corp., or 3CDC, “Following a period of civil unrest, a number of corporate leaders got together with then-mayor Charlie Luken and formed a nonprofit development company with the goal of revitalizing Cincinnati’s urban core.” The result was 3CDC.

“We’ve been at this for almost 15 years now. … We’ve put in $1.3 billion worth of projects between the central business district and Over-the-Rhine in downtown Cincinnati. One of our first projects — which I’d recommend anyone coming to Cincinnati visit — is Fountain Square, right in the heart of the central business district. When 3CDC first got started, the city was kind of crime-ridden and unsafe. A lot of unsavory activity [was] going on, and Over-the-Rhine had really fallen into a state of disrepair.” 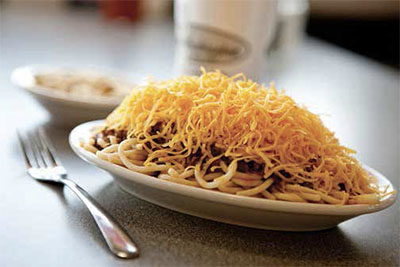 Multiple multimillion-dollar projects helped the city make a remarkable transformation. Over-the-Rhine, the largest, most intact historic district in the country, boasts a once-again budding brewery scene. Findlay Market, the state’s oldest continuously operated public market, draws visiting foodies and locals alike. From the eclectic murals (each comes with its own story) to the Italianate architecture, it’s no wonder Cushman and Wakefield ranked Over-the-Rhine as one of the top 15 coolest neighborhoods in North America.

Beyond, one can find the same metamorphosis throughout the rest of the city. Running through downtown, Vine Street forms a dining and shopping corridor with a plethora of new and upcoming restaurants, bars and retail shops.

To zip between the various neighborhoods, the city added environmentally friendly transportation options like Cincinnati Red Bike, a bike share program, as well as the affordable and convenient streetcar system that runs on a 3.6-mile loop.

While all these improvements were originally intended to benefit the residents, at least from the standpoint of an organization such as 3CDC, they certainly don’t hurt tourism, either. New hotels pop up all over the city to cater to travelers of every ilk. Recent additions include the historic Art Deco Renaissance Cincinnati Downtown Hotel, the trendy 21c Museum Hotel Cincinnati and AC Hotel Cincinnati at The Banks by Marriott. Upcoming properties include a Kimpton hotel set to open in 2019 as well as another from Marriott’s Autograph Collection. Multiple state-of-the-art event venues make MICE planning a breeze. 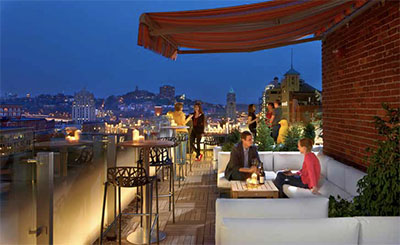 “Right now Cincinnati is a fantastic place to visit. It has a really vibrant, downtown urban core,” says Rudemiller. “It’s come a long way over the past 13–14 years, thanks to not only a lot of the work our organization has done but so many other folks in the community.”

Community is a big part of what makes the current Cincinnati rebirth possible. Talk to locals, regardless of age, and they’ll gush about everything new, amazing and exciting happening right in their city. They love the combination of urban convenience and Midwestern friendliness. A burgeoning startup community provides new job opportunities, and support for entrepreneurs runs rampant, regardless of the endeavor.

Now, only one question remains: Can Cincinnati keep its charm and humble likability while standing tall as a prime example of Midwestern revitalization?

Cincinnati’s location makes a rural escape easy. Head to Hocking Hills State Forest for a 2.5-hour drive to a 9,000-acre paradise, where the geology ranges from jaw-dropping cave systems to deep gorges to dense forests. Spot waterfalls, centuriesold trees and abandoned farms. Adventurers are more than welcome to stop for a bit of rock climbing and rappelling.

Head farther south into Kentucky for a different kind of scenery, to Red River Gorge country. The intricate canyon system is hardly what you’d expect to find in the land of bluegrass, bourbon and horse farms, but it’s delightful all the same, regardless of the time of year you visit.

However, if bluegrass, bourbon and horse farms are really what strike your fancy, that’s an option as well. The closest spot on the bourbon trail to Cincinnati is Woodford Reserve in Versailles, Ky., and the 90-minute drive is filled with plenty of horse farms and rolling hills to fill your Instagram feed for days.