Kobo Aura ONE
Kindle is synonymous with e-readers, but Kobo is giving Amazon a run for its money. The Aura ONE, the company’s flagship model, competes with the much more expensive Kindle Oasis. Its design features a 7.8-inch e-ink Carta screen with 300 dpi — bigger and with the same pixel density as the Oasis, though the Aura ONE is slightly thicker (and also slightly lighter). One thing none of the Kindles have is a waterproof housing. For people who like to read in the water, the Kobo Aura ONE features an IPX8 rating, which can handle 60 minutes under two meters of water. $229.99.
kobobooks.com

Philips Hue White and Color Ambiance Starter Kit
Hue has been around for a while and is finding its place in homes with the White and Color Ambiance Kit. This updated package contains three LED bulbs (now 800 lumens) and the bridge that connects your smartphone to your lighting and peripherals. The bulbs themselves are nothing special; the magic truly lies in the smartphone app, where you can choose between various “scenes” to match décor, seasons and time of day. There are even “actions” which trigger a scene based on something happening, like rain or sunshine. $179.99.
meethue.com 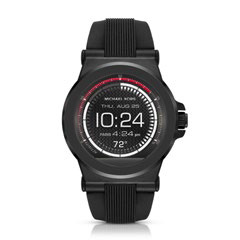 Michael Kors Access
Android Wear is popular with techies, and now fashionistas can join in on the fun with Michael Kors’ new line of Access smartwatches. Available in two models, the Bradshaw and the Dylan, these devices are designed to allow interchangeable straps in metal, leather and silicone. The operating system (recently updated to 2.0) allows you to customize the look to match the luxurious watch faces. A full battery will last for about two days, and it can be charged with a wireless, magnetic dock for easy access. $395.
michaelkors.com 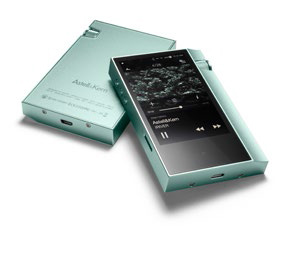 Astell&Kern AK70
For most listeners, a smartphone’s headphone jack is more than enough in terms of sound. Contrary to what some audiophiles believe, the iPhone’s digital-to-analog converters are quite robust, but for people who enjoy higher-quality formats, a dedicated digital audio player can bring out every detail of music. Astell&Kern’s AK70 plays 24-bit/192kHz audio (compared to the iPhone’s 16-bit/44.1kHz) via headphone jack, WiFi, Bluetooth or even through a USB or optical output. While it can’t stream music, the AK70 shines as a dedicated player for your music library. $599.
astellnkern.com