NORWEGIAN CRUISE LINE, one of the world’s largest cruise operators, sails a 21st-century fleet of 16 ships, all dedicated to delivering a full resort experience. NCL pioneered its contemporary freestyle cruise mode a quarter-century ago. Quite casual and sporty, Norwegian voyages are rife with recreational facilities and “eat what you want, when you want, where you want” dining, designed to appeal to active adults and families on a spree.

Norwegian brings its “South Beach Miami” experience primarily to the world’s two most popular cruising destinations, the Caribbean and the Mediterranean, ideal waters for a vacation. Such ships as the 4,266-passenger Norwegian Epic sail from Miami into the Caribbean, stopping to party at NCL’s private resort island in The Bahamas, Great Stirrup Cay. North Americans are also booking NCL’s Mediterranean cruises at an accelerating rate, as cruises to Europe are on an upswing. Due to this rising demand, NCL redeployed its 3,929-passenger Norwegian Getaway from Miami to the Baltic Sea. And next summer the 4,028-passenger Norwegian Breakaway will relocate to Copenhagen for nine-day Russian and Scandinavian sailings. 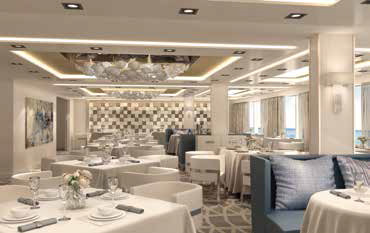 Norwegian Cruise Line keeps a strong presence, too, in Alaska, Hawai’i, North America, Australia and Asia. The 3,900-passenger Norwegian Joy, launched this year, is specially designed for the Chinese market. The 2,376-passenger Norwegian Jewel, based in Australia, offers several itineraries throughout the South Pacific and Southeast Asia. The 2,186-passenger Pride of America is the only cruise ship of its size to offer regular cruises in Hawai’i, which it does weekly (although this ship has not met with universal acclaim). Norwegian also conducts cruises to New England, eastern Canada, Florida, Bermuda and The Bahamas from New York. And next year, NCL will launch its latest creation, the 4,000-passenger Norwegian Bliss, from its home port in Seattle. The Norwegian Bliss will become the largest cruise vessel serving Alaska, with summer 2018 cruises originating from Seattle’s Pier 66, a port NCL helped redevelop and will manage for the next 15 years.

Whichever ship and whatever its destination, passengers can expect to be bombarded with all the freestyle options and non-stop activities that make up an NCL playground at sea. But many ships offer at least one onboard escape: The Haven, a ship-within-a-ship of suites with private restaurants, pools, sun decks and butler services, is perfect for those desiring a partial escape from the madding crowds.