DURING ITS LONG HISTORY, Jerusalem has been attacked 52 times, captured and recaptured 44 times, besieged 23 times and destroyed twice. The oldest part of the city was settled in the fourth millennium B.C., making Jerusalem one of the oldest cities in the world. A city that has stood for at least 3,000 years in the ancient walled area, a sacred site revered by three religions: Judaism, Christianity, and Islam.

Although religious politics seem to dictate almost everything that happens in the city, from municipal infrastructure projects and residential housing developments to security concerns and social interactions, Jerusalem offers MICE planners and business travelers 5-star hotels, state-of-the-art meeting venues, delicious Middle Eastern cuisine and profound museums. Add to these a stunning landscape bathed in a light so ethereal it leaves even the most jaded traveler with a life-lasting memory.

In the past decade, a vibrant, high-tech startup environment emerged
in Jerusalem and throughout Israel that equals that of any country in the world. Israel boasts more companies listed on the tech-heavy NASDAQ stock exchange than any country outside the United States, except for China. In 2017 Intel purchased one of Israel’s high-tech firms, Mobileye, a leader in software for autonomous driving, for more than $15 billion; and Google bought the Israeli navigation firm Waze a few years before that.

An average of 600 new startups establish businesses every year in Israel, many in Jerusalem and 307 multinational R&D centers reside in — or within an hour’s drive of — Jerusalem, including sites for Intel, Google, IBM, and Apple. According to Startup Genome LLC, which monitors more than 1 million companies across 150 world cities, Jerusalem currently boasts 600–900 startups, averaging about $2.6 billion in total revenue.

“Our international recognition is through the roof,” said Itzik Ozer, senior business development director, Jerusalem Development Authority. This spike in innovation was well-planned, with the JDA working with local entities to design a six-year plan to make sure Jerusalem cultivates its own startup footprint. “We realized we need a new outlook. Our talent in Jerusalem is unparalleled, especially within our universities. So we wanted to tap into that talent and have it translate to the high-tech sphere.”

“Jerusalem is a high-tech and bio-med hub in Israel and is highly respected around the world. As mayor, I will continue to do everything I can to support this growth,” said Jerusalem Mayor Moshe Lion. 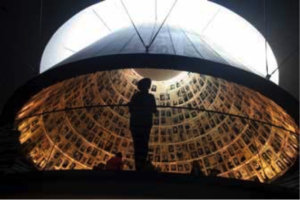 The International Convention Center, known locally as Binyanei Ha’uma, was established in 1950 as part of a plan for the construction of a new governmental center. It has served as the city’s major site for international conferences, trade shows and other events ever since. After several expansions and renovations, it now offers 130,000 square feet of event space, with 27 conference halls accommodating more than 10,000 attendees.

Arriving via the highway from Ben Gurion International Airport (about 45 minutes’ drive), visitors find easy access to the ICC, located at the entrance to the city. The 397-room Crowne Plaza Hotel, the closest hotel to the ICC, lies just a two-minute walk away. Formerly the Jerusalem Hilton, it was once the “go-to” hotel in West Jerusalem for visiting politicians and VIPs. The 4-star hotel proves popular with convention center attendees and vendors, families, and budget travelers. The property, offering dining, indoor and outdoor swimming pools, and eight meeting rooms, sits within walking distance of the city’s Red Line light rail system.

Hilton’s 225-room Waldorf Astoria Jerusalem also occupies a choice location in the heart of the city, with large guestrooms and two restaurants. Providing eight flexible meeting rooms and a Grand Ballroom accommodating up to 600, the property lies just a 10-minute walk to the Old City’s Jaffa Gate entrance and a 12-minute taxi ride to ICC. During summer, the hotel opens its rooftop Garden Terrace where hotel guests and the public enjoy cocktails and tapas.

Another luxurious property in the Mamilla neighborhood designed by Safdie, the Mamilla Hotel sits on the site of a water reservoir built by King Herod during the Second Temple period (first century B.C.). The 194-room hotel offers beautifully designed rooms, plenty of colorful art objects and meeting space. The Rooftop Lounge & Restaurant offers an Old City view and lunch and dinner options of grilled meat and fish and cold salads. It accommodates private groups up to 600 in the ballroom, 150 in the rooftop restaurant.

UNIQUE VENUES THE ISRAEL MUSEUM
Groups can take advantage of meeting space at the Israel Museum, ranked among the world’s leading art and archaeology museums. The Museum is also home to the Modern, one of the best restaurants in the country for traditional Jerusalem cuisine. The Modern can accommodate up to 400 seated guests, and larger groups can expand into the museum area. The restaurant’s design, its location inside the museum and the views of the Valley of the Cross and the Knesset (Israel’s Parliament) all contribute to the Modern’s special ambience. www.imj.org.il/en

OLMAYA
Located in Jerusalem’s East Talpiot neighborhood on a hill overlooking the Old City, Olmaya opened in 2014 for private and corporate events. Accommodating 300–800 attendees, depending on season and event type, the compound includes the Glass Pergola, a transparent structure with a retractable roof, from which landscaped gardens and olive trees are visible. The Inside Arches preserves the original Gothic space, and a stone and copper tabun oven can be used for Middle Eastern cuisine.
olmaya.co.il