LOCATION, LOCATION, LOCATION. Never is this sentiment more true than when choosing a city for your next event. And situated in central Europe, Brussels really lies at the crux of it all, providing a viable answer to the all-important question of where.

The city, capital of the European Union and home to the European Commission, European Parliament and NATO, is designed to welcome the world to its doorstep. Brussels’ infrastructure, programming, business and culture are conducive to any type or size of international meeting, incentive, convention or exhibition.

Brussels Airport serves a number of international destinations daily and is a hub for transit to and throughout Europe, given its desirable location in the heart of the continent. It’s equally easy to transit to and throughout Brussels; the airport is about a 17-minute ride from city center. The STIB metro lines operate 6 a.m.–midnight, and bikes and taxis are ubiquitous. Also an extremely walkable destination, Brussels houses more than 19,000 hotel rooms, with luxury accommodations including Le Chatelain Hotel, Stanhope Hotel, Rocco Forte Hotel Amigo and two Sofitels. Block allocations for large groups reach 4,000 guestrooms.

As a city with an international flourish, facilities, amenities and planning resources abound. Translators and interpreters are easy to access, while many of the venues are convenient and near other attractions and restaurants. A hotbed for science, health care and research, Brussels attracts like-minded institutions and individuals, creating an atmosphere of innovation and cutting-edge ideas. Visit.brussels, the official website of the Brussels Convention and Visitors Bureau, offers planning assistance.

Among the city’s largest venues is Brussels Expo, meeting the needs of events hosting 400 people to 10,000. Ample options include two auditoriums, 11 conference rooms and 12 halls, easily accessible via public transport or by car, boasting more than 15,000 parking spaces. A team of 90 professionals works with planners to ensure a successful event.

Also offering up a side of history, Les Sheds Tour & Taxis has hosted worldwide events, including Brussels Art Fair and Japan Expo, in its nearly 185,000 square feet of space, first built in the early 20th century and used for merchandise in transit from the Belgian colonies. Its layout and space make loading/unloading and set-up and breakdown a breeze, and more than 3,000 hotel beds are within walking distance. 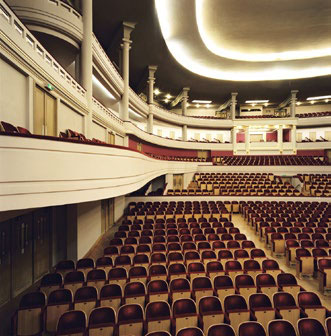 Accommodating up to 2,200 people, BOZAR’s Henry Le Boeuf Hall is considered one of the best concert halls in the world. Its other musically inclined event spaces include Victor Horta Hall and the Chamber Music Room.

Allow your creativity to run wild at The Egg, offering modular spaces for events up to 999 guests. A large, welcoming reception area helps kick off any reception, gala, meeting or workshop. A more unique on-site space, the aptly named Riverside Room, actually has a river running through it, in addition to cutting-edge equipment, projection capabilities and a ceiling of glass and metal.

In 2016 Brussels welcomed its first 5-star hotel in 25 years; HNA, a Chinese investment group, chose the city as home to its first European property, and Tangla Hotel Brussels opened in April 2016, a welcome boost to the tourism sector after the tragic terrorist attacks in the city earlier that year. Choose to host an event in the Imperial Ballroom, where the chandelier’s 29,000 individual crystals serve as a reminder of what a gem Brussels is on the MICE scene.

What could be more Belgian than hosting your next event inside a brewery? The founders transformed the Bellevue Brasserie, in the heart of Brussels, into event space Brussels Event Brewery. Drawing events looking for space, soundproofing and logistical facilities, the large hall offers more than 16,000 square feet and, on three floors, the silo rooms are best suited for cocktail parties, presentations and meetings.

Built for the 1958 World’s Fair of Brussels, the Atomium is part cubic, a bit spherical, a dash of sculpture and a touch of architecture — all in all, an icon on the city skyline and, perhaps, the host venue for your next MICE event. The flexible space can host meetings, seminars, cocktail parties and more, boasting panoramic views of Brussels and including access to the Atomium’s exhibits.

Add a touch of history to your event at Choux de Bruxelles, the vaudeville theater dating to 1884. After a recent refresh, the theater, now a historic monument, offers modern technology, allowing for a state-of-the-art function with 19th-century flair. A unique system allows for the seats to be stored under the stage, and its central location in the Galerie de la Reine allows for easy access.