Gay pride parades may be the most visual and festive LGBT celebrations, but they represent just one category of happenings that lure travelers to a wide variety of destinations throughout the year. From film and theater festivals to ski weeks, from street fairs to fundraisers, the globe is dotted with LGBT events to fit the interests of countless travelers. Many organizations that host the events also offer hotel packages including admission and activities, making it even easier for globetrotters to take part in the fun. For decades, film has been a powerful way for the LGBT community to express itself, and multiple festivals offer a chance to view the newest movies. In the United Kingdom, the BFI Flare: London LGBT Film Festival, billed as one of the largest such events on the planet, brings dozens of films to the screen every March. Also in the U.K., the Shropshire Rainbow Film Festival takes place this year Oct. 14–16. Dublin hosts two creative gatherings every year: the International Dublin Gay Theatre Festival, which brings drama, comedy and music to the stage every May; and the GAZE International Film Festival, which takes place in July and August. 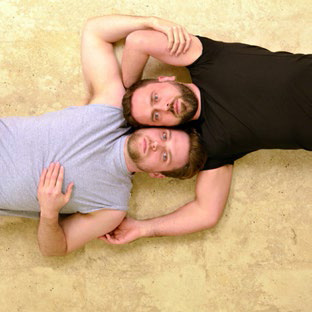 In the Americas, NewFest presents screenings year-round and also organizes New York’s annual LGBT film festival, occurring Oct. 20–25 this year, with more than 70 films as well as appearances by cast and crew. Also in North America, the Miami Gay & Lesbian Film Festival takes place in April, the Vancouver Queer Film Festival runs in August, and Atlanta hosts Out on Film in September and October. LGBT sports fans plan their travel calendar around the Gay Games, uniting athletes and sports enthusiasts from around the world since 1982 with wide-ranging competitions that include everything from aquatics to ice hockey, rowing to wrestling. The next gathering takes place in Paris Aug. 4–12, 2018, with some 36 sporting events, more than a dozen cultural events and three days of academic conferences about sports and diversity. If gliding down the side of a snowy mountain is more your idea of a vacation, consider Aspen Gay Ski Week, happening in Aspen, Colo., Jan. 15–22, 2017, with après-ski parties, social lunches and dinners and skiing activities for groups ranging from beginners to experts. Diehard skiers can head straight from Aspen to Canada for the Whistler Pride and Ski Festival Jan. 22–29, 2017. A new Whistler Village gondola will enhance the experience for attendees, while activities (in addition to skiing) include parties and live musical performances by country music recording artist Patrick Mass and stars of the TV show RuPaul’s Drag Race.

Global Traveler first launched awards to honor the airline, cruise line and hotel brand best representing and supporting diversity and inclusion within the travel industry last year. Now, continuing the awards for the second year, Global Traveler looked at many airlines, cruise lines and hotel brands to see which companies enacted the most changes toward promoting diversity and inclusion.

Viceroy Hotel Group celebrates Cyber Monday with an extended deal at Viceroy’s Urban Retreats Collection, a set of boutique hotels in the heart of San Francisco. This limited-time offer allows travelers to enjoy the best of San Francisco without the expense.

Inn on Fifth, located in Naples, Florida, rolls out the red carpet with its new To the Nines offer. Starting at $7,250 for two guests, the offer includes a private helicopter tour; sunset cruise; dinner ($300 dining credit) at Ocean Prime Naples; and use of a luxury car (Bentley, Ferrari and other luxury brands) for a self-guided day tour of Naples, Florida. Guests enjoy a three-night stay in the property’s Club Level Suite (King Supreme suite or Presidential suite).