While driving her blue Yamaha motorcycle along the streets of São Tomé and Principe off Africa’s west coast in the Gulf of Guinea in 2009 and 2010, Beth Santos experienced an aha moment.

“[I] became very aware of myself as a young woman traveling to an unfamiliar place alone,” she said. “It was there that I realized the true connective power of travel and how it changes us. If we embrace it, travel teaches us to challenge our perspectives, to embrace uncertainly and to adapt quickly.”

Fast-forward six years, and Santos is founder and CEO of Wanderful, an international membership community of independent, adventurous, globally minded women who travel. Today, 21 chapters operate in cities around the world (throughout the United States, Canada, Brazil and Spain) and in an online community, with 12,000 active women travelers.

“We are creating a global sisterhood of women who can use their most powerful resource — each other — as they travel the world, whether for information about a new destination, to meet up with a new friend abroad or even to host a traveler in their homes,” said Santos. 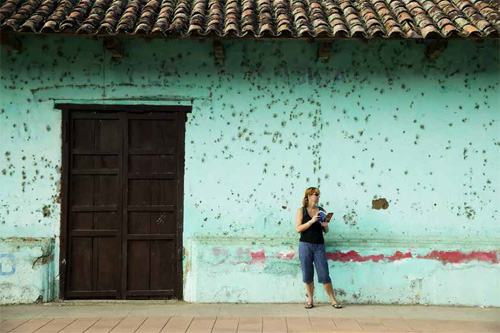 To do just that, Wanderful’s goals include encouraging women to travel safely and confidently; increasing the visibility of women who travel solo; and challenging the traditional definitions of travel and encouraging curiosity, openness and global citizenship.

“By creating a global sisterhood of women around the world, we can help each other navigate our experiences abroad — both the serious aspects and the fun stuff, too,” said Santos. “My goal is to create a community that is so pervasive that, wherever I may step off a plane, I know I have someone in the Wanderful network who can guide me with her tips or even meet up with me for a cup of coffee, so I’m not alone. That’s what Wanderful was created to do, and we invite women who believe in the world we’re creating to join us.”

Santos and the Wanderful community will come together on two trips this fall — New Orleans and Nicaragua — and all women interested in traveling are invited to join the fun.

Kelly Lewis grew up on the east side of Hawai’i, where her world was small. She wanted to study abroad in college but couldn’t afford it, so she moved to New Zealand for a year after she graduated “on a working holiday visa and a whim,” she explained, “and it completely changed my life. Suddenly, I was living with a group of travelers who had been all over the place, and their stories got me so excited to see places I never really thought I could go [to] on my own.”

Six years ago, Lewis had a dream: She was looking through a guidebook for women and realized her calling. Not long after, she launched Go! Girl Guides and has six books on the shelves: guides to Thailand, Mexico, Argentina, London and New York City plus 50 Essential Items for Female Travelers. The guide to South Africa is slated for publication in early 2017, and Lewis was in Tanzania when we caught up with her.

“Our books focus on women’s health and safety in different countries and offer real and practical advice from one woman to another,” said Lewis. “Our ultimate goal (and my goal in life) is to encourage and inspire women to travel the world because it does so much to help us recognize our own power and capabilities.

“Being here in Africa has really been inspiring. For some reason this continent has always seemed so difficult to travel solo, but I’m speaking to friends here who’ve gone solo in places like the Democratic Republic of the Congo, and it makes me want to do the same thing. Sometimes I think it just takes hearing the stories of someone who has gone before to light the fire of wanderlust and possibility in you, and that’s what I hope to do for as many women as possible.” 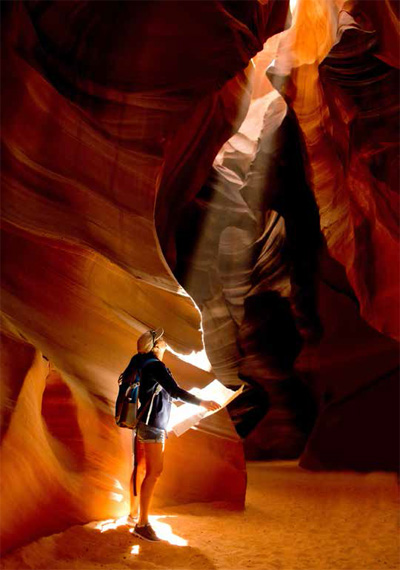 A woman examines a map while exploring in the Grand Canyon. © ANDRES RODRIGUEZ | DREAMSTIME.COM

While traveling across the United States during a book tour in 2013, speaking to women about travel, Lewis was struck when a beautiful thing happened. “I noticed women bringing their grandchildren, their sisters, even their husbands, and they would stick around for hours after my talk to pick my brain and talk travel,” she recalled. “That’s when I realized how magical it was to have these discussions and the energy that would fill the room. I knew I had to do this in a bigger way, and thus Women’s Travel Fest was born, with our first conference in New York City in 2014.”

Women’s Travel Fest is the first and only consumer travel conference for women, and it has sold out every year to crowds of more than 300 women for the past three years. The event was held twice in New York City and once in San Francisco. The 2017 event takes place in New Orleans in early March.

But Lewis isn’t stopping there. In July she launched her newest endeavor — Damesly, a women’s tour operator company that focuses on taking creative and professional women on workshop-based trips. The first trip with Damesly was a photography tour through the Grand Canyon, Antelope Canyon and Horseshoe Bend in Arizona in September; another in the planning stages is to Argentina — Wine & Design, featuring an InDesign and Photoshop workshop.

“Really, I just want to bring women together to talk about travel, and to travel,” explained Lewis. “It’s been such a driving force in my life because I’ve witnessed such amazing things happen when women like me take the leap to follow their dreams and travel the world.”

Another woman in the travel realm, Nicole Lierheimer understands the value of travel experiences in her role as director of public relations, Americas, FRHI Hotels & Resorts.

“As a PR professional in the travel space, I’m in the business of storytelling. However, I’m not very effective at my job if I’m solely telling tales of Canadian castles, exotic adventures and extraordinary destinations from the comfort and ease of my Manhattan office,” she explained. “Traveling is so much more than a photo or video, a plane ticket or destination; it’s feeling and emotion that has to be experienced first-hand.

“Travel makes me infinitely more skilled at my job, but I strongly believe it also makes me better as a human and as a woman. Experiencing the world and inspiring others to travel isn’t just my career but a personal passion.”

Santos, Lewis and Lierheimer are but a few of the many women who do their part to encourage other women to travel, whether outside their back doors, to neighboring states or countries or around the world. And women are indeed traveling on their own, with friends and with family.

According to a survey of 17,000 women by Booking.com (data collected in October 2015), travel gives 98 percent of women something to look forward to. Not only that, but travel energizes 89 percent of women in their daily lives, improves the moods of 94 percent and provides 97 percent of women with memories they’ll cherish for a lifetime.

Here’s to making those memories!