IT USED TO BE A SMALL VILLAGE on the lower Persian Gulf, where diving for pearls provided the main income in the early 19th century. A later stint with colonialism provided the push for Dubai to ally with six surrounding states. In the process, they became the United Arab Emirates. 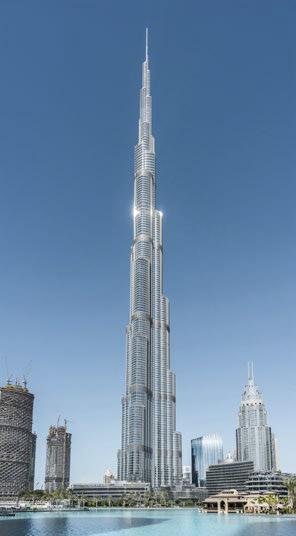 No city has seen such stellar growth in such a condensed period as Dubai. A monument to Arab enterprise and financed by oil money, Dubai intends to be the transportation hub and crossroads of the Middle East. In the process, it’s become one of the most multicultural cities in the world, with cuisine and culture from more than 200 nationalities contributing to the mosaic. Expect extremes, from hellacious desert heat most of the year to beaches welcoming both bikinis and burkas. From ultra-modern skyscrapers and architecture that pushes engineering boundaries to sand dunes in the desert, ever-changing shapes with the winds of change, this is modern-day Dubai.

Agni Skafidas, entrepreneur and CEO, OLAM, offering human resources services for organizations in the U.A.E., describes it this way: “Dubai is a place of mystery. It’s not the traditional Arab city but a city where old traditions and the latest technology mingle. It’s a trading point like no other. Within four hours’ flying time, you cover a third of the world’s population and within eight hours, two-thirds.”

However, Skafidas warns business can require some time to take off, and forming relationships requires a lot of coffee. She adds, “Luckily, there are so many great coffee shops and restaurants to meet clients and customers. The city is fostering the entrepreneurial scene and is looking to open up the city for business expansion. Women, in particular local women, are supported to set up their own business with grants and mentors.”

CHECKING IN WITH ANDREW MILLER
Startup marketer and consultant

You’ve worked with two of the largest startup exits in Dubai history. What makes Dubai a great destination for business travelers?
Besides having many amazing serviced apartments and affordable hotel options, Dubai is set up for business travelers because the business areas were developed by industry. This means all the media companies are in Media City, all the production companies are in Studio City and all the health-related businesses are in Healthcare City, which makes back-to-back meetings a breeze for a business traveler. Another reason is Dubai, like Las Vegas, is a city that never sleeps. So you can work until 8 p.m., go out for dinner and drinks and then carry on in your work clothes to a nightclub on the beach, all in one 24-hour work trip!

Why is Dubai thriving, and why do people travel to the city?
The most stable city in the entire region, it’s the most like the West and therefore the safest bet for investors and business owners in the Middle East. Besides incredible business opportunities, people visit Dubai en masse for leisure, shopping, partying and getting sun.

What is on the horizon for Dubai?
I think Dubai is still probably growing too fast, but the ruler and the people in charge are all ambitious and have plans to grow now based on projected growth. Dubai is a better place for investment now than ever before because it’s shown how it can survive a recession if it ever happens again. Ten years ago, when I first moved there, we were all hesitant because it was new and had never seen a downturn.

Dubai wants to be the market link between East and West. Is that happening?
Absolutely. All the biggest tech, entertainment, media and communications businesses have offices in Dubai. It’s the most modernized, safe, clean and Western city in the Middle East, hands down. I’m not sure I see a lot of foreign direct investment from the West coming in, but in the region it’s a great place to invest. 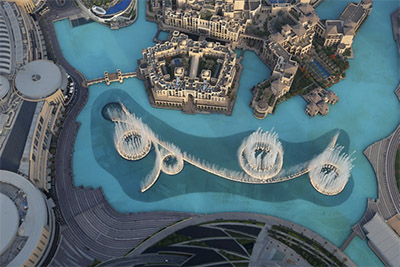 Things to Do in Dubai

Soaring more than 160 stories in the air, the towering Burj Khalifa is the world’s tallest building. As a global landmark, it dominates the Dubai skyline and is the iconic image travelers associate with the city. Book your ticket online for an exhilarating lift to the observation deck on level 124. If you have time, make your way up to At the Top SKY Lounge on the 148th floor — the world’s highest outdoor observation deck. Then ride it again at night for a different, stellar view. At ground level below, visit Dubai Mall and the Dubai Fountain. 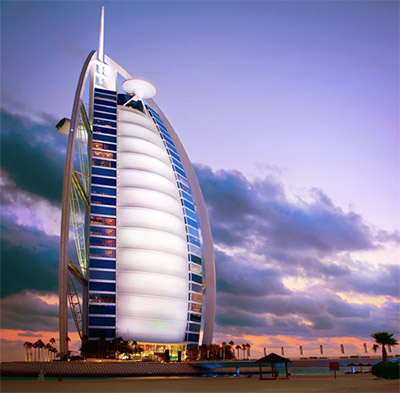 Designed and constructed in the shape of a palm tree, Palm Jumeirah is one of the largest artificial islands in the world. It also contains some of the most expensive pieces of real estate, as it is home to a large number of 5-star hotels, including the Waldorf Astoria and One&Only. You can’t go wrong with any of the 5-star luxury hotels that populate Palm Jumeirah and beyond. The most famous luxury hotel is the sail-shaped Burj Al Arab, a self-proclaimed 7-star hotel. You can stay at the Burj Al Arab for a price that matches its alleged 7-star status. The iconic sail-shaped architectural feat is dear to Dubai in the same fashion the Statue of Liberty is cherished by Americans.

Next door to the Burj Al Arab lies the Madinat Jumeirah complex, an area boasting three more high-end hotels and more than 50 restaurants, nightspots and lounges. Some equate it to a “mini Dubai” experience. Catch one of the traditional abra boats for a tour on the waterways and stop at the Madinat Jumeirah’s own souk. 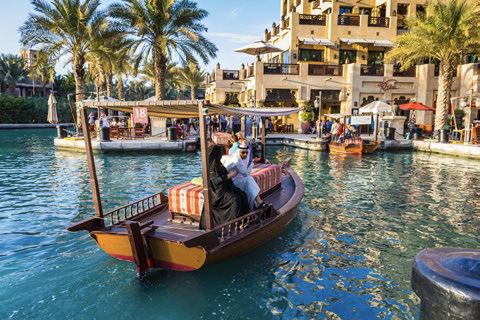 A trip to Dubai isn’t complete unless you experience the Arabian Desert. No need to rough it, either. Less than an hour away discover the luxurious Al Maha Desert Resort & Spa, a desert palm oasis showcasing the architectural and cultural heritage of the Bedouins. Whether you indulge in a camel trek, desert safari, signature spa treatment with aromatherapy or a night under the stars, the shifting sands of the desert will give you a different perspective.

Dubai International Airport, an aviation hub at the heart of the Middle East, ranks as one of the busiest airports in the world based on passenger traffic. The airport services more than 88 million people a year, flying them to more than 260 destinations across six continents on more than 140 scheduled airlines.

Government-run Dubai Transport provides airport taxi service, with metered cabs. Taxis are abundant and reasonably priced, with airport pickup just outside arrivals. There’s an airport surcharge of about $5.50, with final fare calculated based on destination. Taxi stands are also readily available at malls and hotels. The RTA airport bus runs every 30 minutes to Deira or Bur Dubai. Consider taking the Dubai Metro during rush hour; locate stations at terminals 1 and 3.

COMING AND GOING
A U.S. citizen requires only a current and valid U.S. passport with at least six months remaining before expiration.

Where to Stay in Dubai