AS GLOBAL TRAVELER CELEBRATES the 15th year of the annual GT Tested Reader Survey awards, we honor those brands representing continued excellence in the industry by holding record-breaking consecutive wins. Crystal Status winners reflect those brands winning a particular category for 15 consecutive years. In our 15th year of the awards, this elite group marks the first Crystal Status winners.

Each year, our distinguished readers vote for the best in the world of travel, selecting the top airlines, credit cards, destinations, hotels and travel goods and services throughout the travel industry. This year, four travel brands went above and beyond, securing their 15th consecutive-year wins. We introduce the inaugural Crystal Status winners: Asiana Airlines, United Mileage- Plus, South African Airways and Chicago O’Hare International Airport. 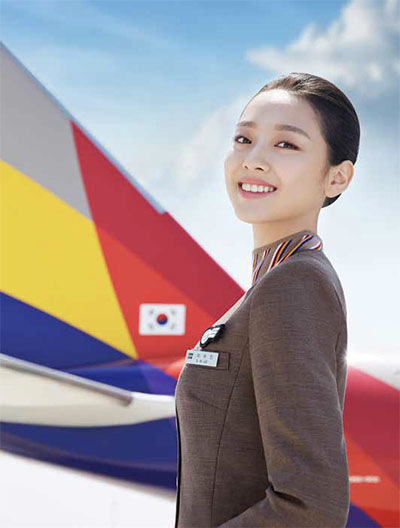 Best Airline for Onboard Service and Flight Attendants © ASIANA AIRLINES

The Asiana crew serves customers based on traditional Korean courtesy at every step of the journey. Travelers can expect high-end service like its luxurious First Suite cabin, complete with a full-flat bed and a two-door seat feature for maximum privacy. The airline provides specialized assistance, including Happy Mom Service for female passengers traveling with an infant from seven days old through 3 years. However you fly with Asiana, you’re in good hands. 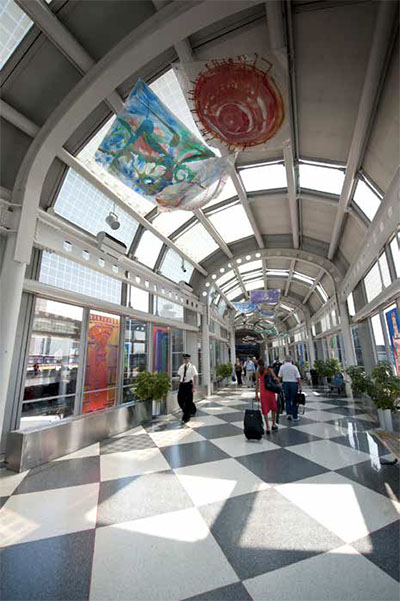 Readers voted Chicago O’Hare International Airport the Best Airport in North America for the 15th consecutive year. The airport is one of the busiest in the United States. To keep up with growing air travel demands, O’Hare has expansion plans set to roll out over the next few years. The $8.5 million upgrade includes a new state-of-the-art baggage system, 25 percent more gate capacity, new self-serve checkin technologies and modernizing existing terminals. The airport was recently recognized as the best airport in the country for flight connectivity by OAG, an air travel intelligence company based in the United Kingdom. The excellent connectivity is expected to rise in the years ahead, thanks to the planned expansion.

In May five new gates opened in Terminal 3’s L Concourse, marking the first major gate expansion in 25 years and the first step in the airport’s larger expansion program. Passengers will have more opportunities than ever for smooth connections and flight options. O’Hare is expected to serve about 100 million passengers annually by 2026.

South African Airways was once again voted Best Airline in Africa. The national carrier of South Africa flies to more than 35 destinations across Africa, Asia, Australia, Europe, the Middle East, North America and South America. The airline’s first flight launched in 1934, and 2019 will mark its 85th year in operation.

In 2018 SAA encountered financial obstacles, with fear of having to declare bankruptcy. However, the resilient airline is showing strong quarter one performance of this financial year and will not declare bankruptcy. SAA plans to implement initiatives to drive costs down and improve revenue with the goal of breaking even in 2021. In the face of adversity, the airline still boasts an impressive on-time performance ranking and looks to future improvements. 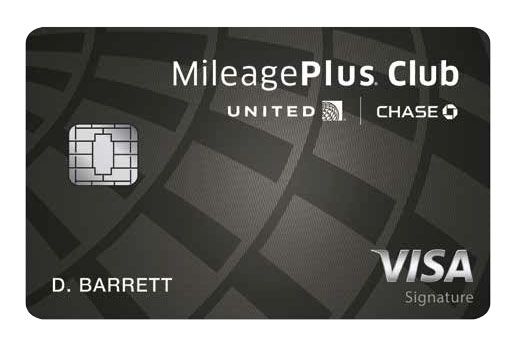 United MileagePlus hangs on to its title of Best Overall Frequent- Flyer Program for the 15th consecutive year. The loyalty program allows members to earn miles for daily purchases to use toward dining, experiences, trips and more. Use miles to purchase eGift cards from more than 270 merchants, fly domestic or international with United Airlines and its partners, and book stays at hotels and resorts worldwide. United offers co-branded credit cards to provide travelers with even more benefits and opportunities to earn miles, including the United MileagePlus Club Card from Chase and the United Explorer Card from Chase.