There is no reason why a woman cannot go wherever a man goes, and further. If a woman be fond of travel, if she has love of the strange, the mysterious and the lost, there is nothing that will keep her at home … .” — Harriett Chalmers Adams, 1920.

Harriett Chalmers Adams was not on my radar when I hopped on a Greyhound bus solo from Sydney to Darwin in Australia in my early 20s. I had no plan until I answered an ad at a travel center posted by a solo Swiss woman with a car looking for a travel buddy. We drove for a month down the west coast to Perth, camping or sleeping in the backseat most of the way, our own version of Thelma and Louise.

I hadn’t heard of Adams when I spent nearly a year traveling in Southeast Asia mainly solo, or the five months I spent backpacking my way through East Africa on my own, including an ascent of Mount Kilimanjaro with my local guide. But I have nonetheless channeled her spirit and that of a host of other intrepid women, many of whom conquered great swaths of the world without the benefits of planes, high-tech trekking shoes, or GPS and Google Translate on their phones.

Adams, born in California in 1875, tracked more than 100,000 miles just in South America, many of those miles on a nearly three-year journey in the early 1900s with her husband traveling on horseback, train and boat. The trip resulted in Adams leading her first lecture for National Geographic and ultimately her 30-year career writing more than 20 stories for National Geographic magazine. She also helped found the Society of Women Geographers and during World War I was the only female war correspondent for Harper’s Magazine in Europe, reporting from the trenches on the French front lines.

Adams set a goal to visit every country that was or had been a Spanish colony. She followed Christopher Columbus’ voyage from Europe throughout the Americas and during her travels met with 20 indigenous tribes on the continent. According to The New York Times, she was likely the first white female to do so. Later, she embarked on Ferdinand Magellan’s sailing route from Spain to the Philippines.

As Adams said: “I’ve never found my sex a hinderment; never faced a difficulty which a woman, as well as a man, could not surmount; never felt a fear of danger; never lacked courage to protect myself.”

Adams wasn’t the first woman to traverse the globe. That distinction could very well go to Icelandic explorer Gudrid Thorbjarnardóttir, born in the 10th century and dubbed the “Far-Travelled.” Her story, which many experts believe to be true, is chronicled in two Old Norse sagas, The Saga of Erik the Red and The Saga of the Greenlanders. Thorbjarnardóttir is said to have made eight successful ocean journeys, including a sailing with her then-husband to North America around the year 1000. She is also said to have crossed Europe twice on foot. A statue of Thorbjarnardóttir created for the 1939 New York World’s Fair remains on display in Glaumbær, Iceland.

Centuries later, French botanist and explorer Jeanne Baret, born in 1740, became the first woman to officially circumnavigate the globe. The catch is she had to make the journey dressed as a man. In 1765 the French government commissioned Louis Antoine de Bougainville to lead a voyage around the world. Bougainville asked botanist Philibert Commerson to accompany him aboard the ship Étoile. Baret was Commerson’s assistant, but at the time French naval law prohibited women from being on ships. The ship’s captain helped keep Baret’s gender a secret during the journey.

Austrian explorer Ida Laura Pfeiffer also made two sojourns around the world between 1846 and 1855. Dubbed the “World’s First Solo Female Travel Writer,” her adventures took her through Southeast Asia, the Americas, the Middle East and Africa. She was a member of both the Berlin and Paris geographical societies and one of the first female travelers to have her journals translated into seven languages. 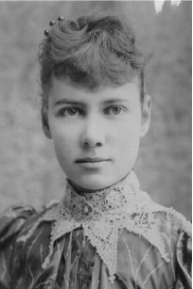 Another writer, American journalist Elizabeth Cochran Seaman, who published under the name Nellie Bly, upped the ante with her record-breaking trip around the globe in 72 days, which inspired her book Around the World in Seventy-Two Days. She embarked on her 24,899-mile exploration in November 1889, traveling through England, France, Egypt, the Pacific and the United States using steamships, trains, horses, rickshaws and other local forms of transportation.

One of the most prolific travelers in the early 1900s, Freya Stark explored the exotic remote regions of the Middle East, living by her credo, “I have no reason to go, except that I have never been, and knowledge is better than ignorance. What better reason could there be for traveling?”

Her adventures took her to Lebanon in 1927, Persia as well as northern Yemen in 1940 and to other locales before settling to live in Baghdad. She mastered seven languages and was just as prolific behind the pen, writing a body of alluring travel books including The Valleys of the Assassins: And Other Persian Tales, Letters from Syria and The Minaret of Djam: An Excursion in Afghanistan. Stark was 100 when she died in 1993. 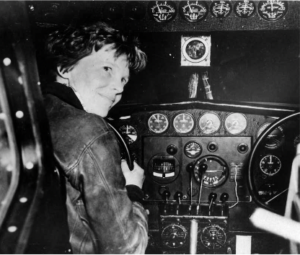 No ode to women pioneers in the sphere of travel would be complete without mention of trailblazing pilot Amelia Earhart, who became the first woman to fly solo across the Atlantic in 1932. She worked as a truck driver, photographer and stenographer to pay for flying lessons and bought a yellow biplane she named The Canary. She broke records, from highest altitude climbs to fastest flights. But her attempt to circumnavigate the globe ended in July 1937 when she vanished over the Pacific, never to be seen again.

Bessie Coleman preceded Earhart in flight and was the first African American and first Native American woman pilot. Coleman was not allowed to attend aviation school in the United States because of her color and gender, so she went to aviation school in France and received her international pilot’s license in 1921. A year later she performed the first public flight by an African American woman. Known for performing loop-the-loops and other stunts, Coleman earned the nicknames “Brave Bessie” and “Queen Bess.” She died on a practice run for an upcoming performance in 1923.

French-born Sophie Blanchard, the first female professional balloonist, performed for the likes of Napoleon Bonaparte. She also became the first woman killed in an aviation accident, in 1819, performing over Tivoli Gardens in Paris.

The ultimate pioneers of flight were Russian native Valentina Tereshkova, the first woman in space in 1962, and Sally Ride, who in 1983 became the first American woman in space.

On terra firma, Annie Cohen Kopchovsky, known as Annie Londonderry, is recognized as the first woman to cycle around the world. On June 25, 1894, at the age of 24, she started from her home in Boston and cycled to Chicago. Her journey included segments on ships to Europe and from Asia back to the United States, but her epic journey lasted 15 months.

Decades later, Dervla Murphy, an Irish touring cyclist and travel writer, in 1963 set off on a seven-month solo cycling journey from Ireland to India, chronicled in her book Full Tilt: Dunkirk to Delhi by Bicycle. Murphy has published 26 books.

On four wheels, Eva Dickson was the first woman to cross the Sahara Desert by car in 1932, spending 27 days driving, while Polish sailor Krystyna Chojnowska-Liskiewicz in 1978 became the first woman to sail around the world solo.

Japanese mountaineer Junko Tabei holds the distinction of being the first woman to summit the world’s tallest peak, Mount Everest, in 1975, and then in 1992 the first woman to climb the Seven Summits. During the ascent on Everest, an avalanche buried her all-women team’s camp about 9,000 feet from the summit and knocked her unconscious. She made it to the top 12 days later. Tabei served as director of the Himalayan Adventure Trust of Japan, which focuses on protecting high-alpine environments from the traces left by hikers and climbers. 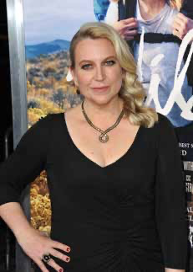 The scope of influential women in travel continues to inspire, even making the silver screen with Wild, Cheryl Strayed’s story of her solo; three-month; 1,100-mile hike along the Pacific Crest Trail in 1995 at the age of 26, following her mother’s death from lung cancer and a tumultuous divorce.

Swiss adventurer Sarah Marquis has mounted more extreme solo treks, logging thousands of miles on foot. From 2002 to 2003 she walked 8,700 miles in the Australian Outback over 17 months. From 2010 to 2013 she walked alone from Siberia to Australia, and in 2014 National Geographic named her Adventurer of the Year.

Perhaps New Zealand adventurer Helen Thayer — in 2009 named one of the most important explorers of the 20th century, having walked 1,600 miles across the Gobi Desert and becoming the first woman to travel solo to the magnetic North Pole — said it best: “Anybody can be an explorer if they want to be. You can be an astronaut if you want. Figure it out, what you want to do, and then go do it.”