AS JUMEIRAH GROUP LOOKED ahead to the future and its goal to further pursue its position as a leading international luxury hospitality brand, the company knew offering elevated dining experiences was one way to achieve its mission. And with that goal in mind, Jumeirah Group created the position of chief culinary officer and tapped Michael Ellis, the former managing director of the Michelin Guide, to fill the vacancy. 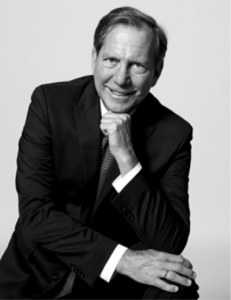 With Ellis at the helm, the luxury hotel group focuses on delivering culinary sensations like no other, starting at the iconic Burj Al Arab Jumeirah. The property recently announced the addition of three new chefs to its current collection of 10 celebrity restaurants. The three — Francky Semblat, Kim Joinié-Maurin and Kasper Kurdahl — enjoy a combined total of seven Michelin stars.

The future is bright for Jumeirah Group as the brand prepares to dazzle and delight taste buds around the globe.

WHICH DESTINATIONS INSPIRED YOU, AND HOW HAS THAT INSPIRATION TRANSLATED INTO YOUR CULINARY CONCEPTS? I think almost everywhere I have visited inspired me in some way. Whether it is fermentation in Seoul, chawanmushi custard in Tokyo or open fire-cooked paella in Valencia, there are an almost unlimited number of cooking styles, ingredients and techniques I have admired. Our job at Jumeirah is to take these different elements and incorporate them into our menus in a way that is accessible and popular with our diverse guests from around the world.

WHOM DO YOU CONSIDER TO BE YOUR CULINARY HERO? I was in awe of Joël Robuchon; his brilliant technique, sense of flavor, texture and presentation were truly unique. He trained and inspired a whole generation of chefs from around the globe. Of course now we have two of his chefs (Chef Francky Semblat, most recently at L’Atelier de Joël Robuchon Shanghai, and Chef Kim Joinié-Maurin, most recently at Joël Robuchon in Singapore) working with us at Burj Al Arab, which is hugely exciting. Working alongside Chef Kasper Kurdahl, most recently at Le Chalet de La Foret in Belgium, these new chefs (and indeed the teams they lead) personify our ambitious plans for fine dining at Jumeirah Group perfectly.

WHAT ONE PERSON MOST INFLUENCED YOUR COOKING STYLE? It was no doubt my first boss in France when I was working as a commis cook in Paris many years ago, Chef Andre. He taught me whatever you do in the kitchen, whether peeling potatoes, turning artichokes or making a béarnaise sauce, attention to detail and no cutting corners were the keys to success.

WHAT IS YOUR FAVORITE FOOD CITY? I have many favorites, and my top 10 would include Paris, Tokyo, Dubai, Singapore, Hong Kong, Bangkok, San Sebastián, Seoul, New York and London … but I could go on and on!

WHAT DO YOU THINK THE NEXT BIG TREND ON THE FOOD SCENE WILL BE? There is no question sustainability, the reduction of food waste and one-use plastic and other packaging is going to become an even bigger issue than it is today.