THE TERM “NIGHTLIFE” has a reputation, especially when it comes to travel. Most of us picture bars, dance clubs and partying into the wee small hours when we think of after-5 activities in a new city.

Unfortunately, sometimes these activities don’t do much for how we feel the next day, which can be a problem if you have to be presentable at a work-related event.

The good news is nightlife and wellness don’t have to be mutually exclusive concepts, and nowhere is that more true than in Copenhagen — a city that elevated spa, clean eating and healthful pursuits to art forms.

If you’re all about organic dining, you’ve come to the right city, and at Hahnemanns Køkken’s newest venue, just opened in Østerbro, you can create your own. The brainchild of Chef Trine Hahnemann, the eatery offers lectures on green cuisine and cooking classes hosted by international chefs.

Or let someone else whip up a sustainable gourmet dinner for you at Relæ, a Michelin-starred, nearly 100 percent organic restaurant in Nørrebro that also prioritizes recycling and minimizing food waste.

For a sampling of natural wines and local beers, head to Gaarden & Gaden, whose wine cellar boasts a whopping 300 varieties and where beers hail from the Danish breweries Herslev Bryghus and Flying Couch.

Of course, there is more to Copenhagen nightlife than food and drink. Danes take spa seriously, and some of the best facilities in the city are open at night.

Ni’mat Massage & Spa, for example, the oldest and largest in the city, routinely wins awards for its expansive facilities and its therapists, who work with patrons individually until 9 p.m. 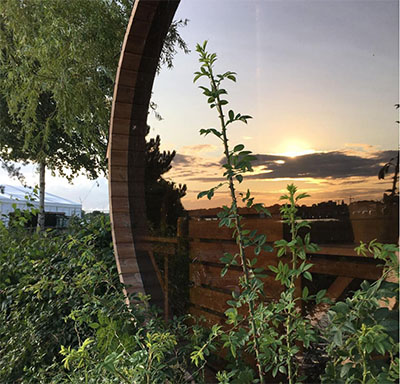 On winter nights, La Banchina, a small café on the waterfront in Refshaleøen, morphs into a gourmet restaurant with a private sauna overlooking the harbor. Here diners can sip organic wine, then jump into the freezing water, followed by a warm-up in the sauna.

Or check out the seaside Kurhotel Skodsborg just outside the city where, after a healthful dinner of seasonal fare, its Nordic Spa & Sauna Gus offers a Midnight Spa on Friday nights for a mist sauna, hydrojet massage, breathing exercises and a body scrub, followed by a glass of bubbly.

Six of you can relax in heated seawater in an anchored barrel or join a larger group to relax in a fire-heated sauna overlooking the city harbor via CopenHot, which also offers daytime excursions.