NOW ENTERING ITS 16TH YEAR, the GT Tested Reader Survey has become a tradition. Year after year, we honor the best in the business after a rigorous vote by our readers. This year nine brands reached consecutive-win milestones, from Quint Status at five years to Hall of Fame inductees at 10 and Crystal Status winners at 15.

No matter the award, winning consecutively is not easy. This year’s Quint Status winners showcase excellence in the travel industry by staying relevant to their passengers and guests.

Hotel brands dominate this year’s winners. First up: The Ritz-Carlton, reaching five consecutive wins in two categories. This brand, known internationally as the gold standard of luxury accommodations, enters Quint Status in the Best International Hotel Chain and Best Domestic Hotel Chain categories. The brand was established in 1983 with a single hotel, The Ritz-Carlton, Boston. Since then the brand gained what feels like ubiquitous fame, with presence in 30 countries and more than 95 hotels in Chile, China, Turkey, Singapore and beyond.

The Ritz-Carlton’s parent company, Marriott International, is no stranger to success at the GT Tested Reader Survey awards. In 2014 Marriott Hotels took home Hotel of the Year, and the brand’s rewards program has been recognized consistently over the years.

A simple look at The Ritz-Carlton’s standards of operation, including warm welcomes and good-byes and the goal of providing the finest personal service available, makes it clear. The Ritz-Carlton’s arrival at Quint Status was always more a question of when rather than if. 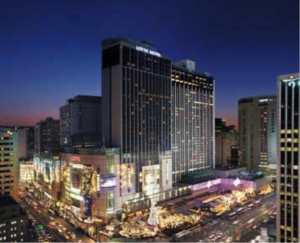 For Best MICE Hotel we travel to Seoul. Lotte Hotel Seoul takes the prize for the fifth year in a row, cementing its place among our readers as one of the best hotels in the world for meetings, incentives, conventions and exhibitions. Lotte operates properties all over the world, but the Seoul hotel stands out to readers as the pinnacle of business travel. In addition to the 5-star accommodations guests can expect at any Lotte property, the lobby boasts a business center. The center offers everything guests need to get down to business, including conference rooms accommodating up to four people and office equipment like a laser printer, laptop rental and more. Two larger conference rooms, the main tower and executive tower, provide serious guests a distinctive place to meet and get things done.

Almost hand in hand, the city of Seoul itself enters Quint Status as Best MICE City. As one of the world’s leading cities for meetings, incentives, conventions and exhibitions, it lends itself well to events of any type or size. Alongside its world-class facilities, Seoul boasts one of the world’s top airports, quality infrastructure, warm hospitality, a safe environment and much more. 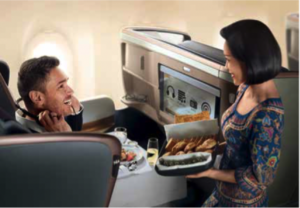 The final brand to gain recognition for five consecutive wins is the Best Overall Airline in the World. In the Asia Pacific region, Singapore Airlines proves a major power player, always looking for ways to expand its offerings and make travel within Asia Pacific and beyond convenient for passengers. And the airline isn’t afraid of engaging in cooperation to do it. Earlier this year, Singapore signed a partnership agreement with Malaysia Airlines and added more flights to North America.

Achieving Quint Status is no simple achievement. These brands and organizations have stayed relevant with their most loyal customers for years, but the next group of winners have reached 10 years of sustained excellence. This year we welcome oneworld (Best Airline Alliance), Alitalia (Best Airline Cuisine), Aeromexico (Best Airline in Mexico) and Briggs & Riley (Best Luggage Brand) to the Hall of Fame. 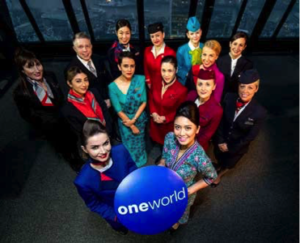 Many would argue the more airline partners an alliance has, the better. Oneworld would disagree. Despite having the fewest partner airlines of the major alliances, the group claimed victory 10 times in a row. As passengers fly oneworld more often, they receive more benefits, including extra baggage allowance, wait list priority and much more at the highest levels. The alliance also grants access to more than 650 exclusive lounges around the globe for qualifying passengers. The biggest oneworld partners include American Airlines, British Airways and Qatar Airways. 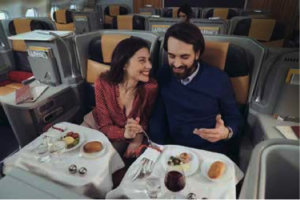 Continuing the airline trend, Alitalia enters the Hall of Fame for airline cuisine. Alitalia offers a unique program where guests can book specific meals in advance of their flight. This alone is not unique, but the types of meals the carrier offers contribute to the impressive reputation the airline cultivated. Alitalia lets guests order special diet-restricted meals, be it for medical or personal reasons; religion-based meals; and a whole selection of options for children. Outside the special meals, Alitalia serves delicious standard meals in flight as well for passengers flying in cabins where it is offered. 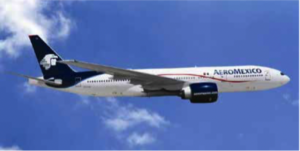 Aeromexico, part of the SkyTeam alliance, has been in operation for nearly 100 years. According to schedule analysis, Aeromexico operates the most routes in Latin America and has been recognized for social responsibility, greenhouse emission management and more in recent years. The airline has flown to New York and Los Angeles with regularity since 1957. In 2019 Aeromexico proves it isn’t happy to rest on its laurels, launching a Barcelona–Mexico City route, changing flight attendant uniforms and adding new destinations throughout South America.

For all the good airlines accomplish in their culinary sectors and the destinations they serve, these things don’t matter if travelers cannot easily take advantage of the new offerings. Briggs & Riley has kept travelers equipped since it introduced wheeled luggage to the market in 1970. Since then, Briggs & Riley has become one of the biggest names in specialty luggage. This year, its name enters the Hall of Fame for 10 consecutive years as Best Luggage Brand.

Briggs & Riley stays in good graces thanks to a few of its offerings. An unconditional lifetime guarantee means every time a bag gets damaged or broken, the company will repair it, no questions asked. Real travelers and readers voted Briggs & Riley to victory for the 10th consecutive year because of its high-quality luggage and ironclad guarantees.

Finally, we acknowledge this year’s Crystal Status winner. This brand has won its category every year since the GT Tested Reader Survey began, except for the very first year. Winning any award 15 years in a row proves a monumental feat, and in this case InterContinental Hotels Group experiences its first taste of crystal with IHG Rewards Club (Best Hotel Rewards Program in the World).

Loyalty programs are common in the travel industry. Every airline, hotel, car service and luggage company seems to have its own. The result is a fiercely competitive space where every airline and hotel tries to outdo the others. For this reason, InterContinental Hotels Group’s top position for 15 consecutive years reflects a true sign of quality. 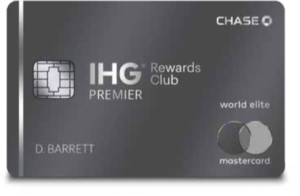 Every year we are excited to see which brands muscle their way to the forefront of our readers’ favor. It is even more exciting when companies achieve multiple milestones in a given year. As InterContinental Hotels Group celebrates its placement as our sixth Crystal Status winner, all we can do is look to the future and guess which brand might next gaze into the crystal ball.