NINTENDO SWITCH
As mobile gaming graphics catch up with computers, Nintendo officially bridges the gap between your console and your handheld with the new Switch. The package comes with a 6.2-inch tablet and two halves of a Joy-Con controller, which can slide on either side of the screen to create a mobile gaming device that plays the same games as your console. If you prefer the big screen, simply place your tablet on the provided docking station, connected to your TV through HDMI. The Legend of Zelda: Breath of the Wild is the console’s flagship launch title, and Super Mario Odyssey will be released later this year. $299.99.
nintendo.com/switch 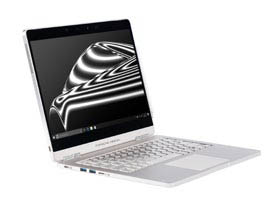 PORSCHE DESIGN BOOK ONE
Microsoft turned heads with its foray into computer hardware, but the design leaves much to be desired. HP impressed everyone with the flashy Spectre, but for people who prefer something with a little more taste, Porsche Design offers its own Book One, designed with the same stylish lines found in its line of sports cars. The laptop looks sleek and minimalistic with a brushed aluminum case, but its engine is what’s really impressive. Under the hood, Book One packs a Core i7 processor, 16GB of RAM and a 512GB SSD, all running into a 13.3-inch QHD display. $2,495.
porsche-design.us 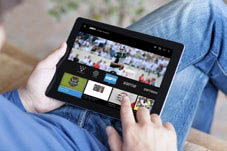 SLING TV
Cord cutting becomes more attractive with services like Sling TV. For people who like the personalized content of Netflix but enjoy having some traditional programming in between, Dish Network offers the first internet-only television so consumers can subscribe to the specific channels they want while avoiding long-term contracts and cable/satellite installation. With apps for Hulu, YouTube and Xbox One, Sling is one of the cheaper options for cord cutting, though it’s the high-priced packages that offer features like simultaneous viewing, local channels and premium programming. Starts at $20/month.
sling.com 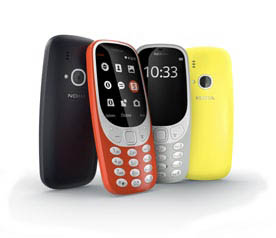 NOKIA 3310
The world is enamored with touch screens, but the old-school brick phone, typified by the Nokia 3310, still boasts an unmistakable appeal. These devices, built like tanks, had a battery that could last for weeks. The company is now releasing an update to the retro favorite featuring a color screen and camera. Younger cellphone users won’t understand, but for those who used them in the early 2000s, the updated phone offers a nostalgic blast from the past. You get all the classic features like call logs, contacts and SMS in addition to a calendar, basic web browsing, radio and even that Snake game, re-imagined on a low-res color screen. Nokia announced Twitter and Facebook will be available as well, making low-tech phones like these a viable alternative to smartphones. About $52.
nokia.com