BORED WITH BORDEAUX? Thoughts of Napa bring on a nap? Don’t care two whits about Tuscany? Perhaps the time has come to explore that trove of untrammeled, lesser-known, worldwide wine lands, places you’d never expect could grow a vine or 10. Microclimates around the globe ensure grapes thrive in the most unexpected places, and winemakers, dating back centuries, know just what to do with all that juicy fruit. From vintages made from grapes you never knew existed to old favorites crafted to make a drink that embraces regional gravitas, the offerings in these under-the-radar wine areas will add to your oenophile savvy. Since limited production can mean some wines don’t get exported to your favorite store, the best option is to travel for your tastings. The world, in fact, is your wine glass. Consider that every wine region relies on stellar food as its complement, and you won’t want to miss a meal.

Traveling to Switzerland, you may be thinking cheese or chocolate — even watches — but what goes better with these indulgent regional tasty treats than the fruit of the vine? A nation fringed by mountains, home to fictional heroine Heidi, swanky Switzerland keeps its wine exclusive. In fact, 98 percent of it never leaves the country. Try Switzerland’s best wines, including its signature, indigenous Chasselas vintages (perhaps best in the canton of Vaud), on site at what most people feel are Europe’s most easily visited vineyards. For red lovers, explore Bündner Herrschaft, just an hour from Zürich, comprising four villages in the canton of Graubünden. Known for a rich, herbaceous Pinot Noir, this wine area offers stellar walking trails, some of which take you right by the wineries. What to eat while you imbibe? The region specializes in hearty fare: soups, air-dried meats and potato-based dishes. In nearby St.-Moritz, truffle pizza tempts. Where to base? Grand Resort Bad Ragaz, a historic hotel known for its healing mineral water pools, anchors the little village of Bad Ragaz. 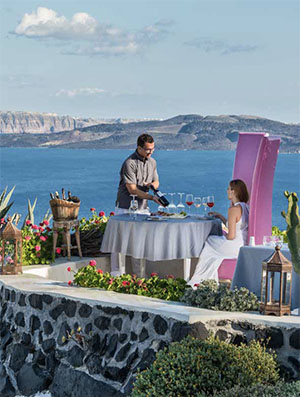 Snow-white buildings, dome-shaped rooftops, impossibly crystalline waters, sunsets, colorful fishing boats, ancient temples and … wine. That’s right. You’ve heard of Dionysus, the ancient god of wine? The Greeks have long been aficionados, with vintages purportedly dating back to Neolithic times. Swim in the sulfurous waters of Santoríni’s caldera, then reward yourself with wines made from grapes reported to sell for double the price of those from Bordeaux. The island’s production today — spread across nearly 3,000 acres — includes indigenous white grape varieties, such as Assyrtiko, Athiri and Aidani, while international and unique varietals of reds (think Mandalieria) do well. Find the wines in kanaves (cellars) in Oia, Pyrgos and Megalochori, among other villages. Immerse in the vineyard spirit at Andronis Concept Wellness Resort, a hotel with heritage grapes growing on property. Its “adopt your own vine” program gets you six bottles of Andronis-produced wine per year for 10 consecutive years. What to eat while you sip? Santoríni is home to a supersweet cherry tomato. Try them in the island’s special tomato fritters (ntomatokeftedes), a fried appetizer. Also snack-worthy, the island’s chlorotyri goat cheese and rare white eggplants, often served puréed.

They say everything’s bigger in Texas. Certainly, its wine scene, which began half a century ago, burgeoned to be the fifth-largest in the United States, with the last 10 years showing explosive growth via new vineyards and wineries. Today approximately 450 wineries pepper the huge state which measures 10 percent larger than France and stands out as twice the size of Germany or Japan. Though diverse in its terroir and despite having proven success with nearly every type of grape, Texas’ overall warm southern temperatures nurture such peerless whites as Vermentino, Viognier and Roussanne, while hearty reds from Tempranillo to Tannant — even Nero d’ Avola — thrive. Visit the Texas Wine Country, a cluster of award-winning wineries just 90 minutes from Austin. Local favorites, wedged amid the Hill Country’s fields of wildflowers, barbecue joints and peach orchards, include Duchman Family Winery in Driftwood and Bending Branch in Comfort. Stay in the nostalgic village of Fredericksburg at the log cabin-themed Cotton Gin Village. What to try? Fredericksburg was settled by Germans who left a legacy of Teutonic cuisine. Try wiener schnitzel, smoked meats and spaetzle crafted with old-fashioned panache.

Shangri-La has long been a euphemism for paradise on Earth. You’ll discover bliss in liquid form when you tilt your wine glass in China’s Yunnan Province to get the last sip of Ao Yun, made from grapes grown near the rumored location of Shangri-La in the foothills of the Himalayas. As China became the largest consumer of red wine in the world and fifth top market for wine in general, Moët Hennessy took note. It ventured into China to discover the immense nation’s true growing capabilities. In Yunnan it found an ideal terroir for Cabernet Sauvignon and Cabernet Franc, where veteran winemaker Maxence Dulou overcame the hardship of developing a French grape variety that never had been grown at 8,500 feet. Harvested and crafted by hand by local villagers and the wine team, the resulting Grand Cru Ao Yun puts China in the wine game. Stay at the Banyan Tree Ringha, built to mimic a Tibetan farmhouse. Visits to the winery become a reality in 2020. What to nibble? Rice noodles and yak meat are staples in Yunnan, which serves up a different twist on classic Chinese recipes. Dig into da jia jia, a pork, egg and rice dish. 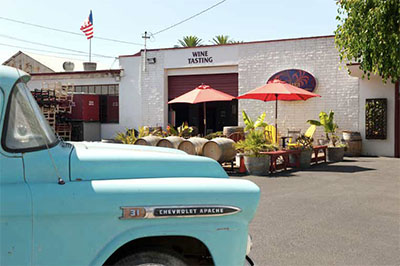 Renowned as a beach town and former hideout for Hollywood heyday film stars, Santa Barbara, a two-hour drive from Los Angeles, also serves as the threshold to some of the most captivating wine country in the world. Surrounded by bucolic landscapes, the region’s unusual east-west transverse coastline blows in just the right sort of weather for grape growing. Made famous in the film Sideways, the Santa Ynez Valley, just 30 minutes from town, harbors a cadre of quaint hamlets and more than 70 wineries, many of them family-owned for generations. Most make a startling Pinot Noir, but Chardonnay also proves a regional favorite. Nab a cabana at swanky, historic Belmond El Encanto, set atop a hill in a characteristic neighborhood in town. Though the hotel offers a wine under its own label, you’ll want to venture out to test The Urban Wine Trail, a casual tour of 20-plus tasting rooms situated downtown. An undisputed gourmet’s getaway, Santa Barbara is known for its tony restaurants, experimental cafés and creative chefs. With so many farms around, field-to-fork finds great expression here. Make reservations at The Lark in Santa Barbara and S.Y. Kitchen in Santa Ynez for the best of that genre.

Diminutive, this farther-flung European outpost reigns as the darling of well-traveled pilgrims in search of a new wine-infused adventure. With craggy mountains, shimmering lakes and castles galore, Slovenia lies just north of Croatia and across the Adriatic Sea from Venice. Set within the European wine-growing belt and armed with centuries-old traditions, it features three wine-growing regions and 14 wine districts yielding a variety of wine. Perhaps most famous, Brda Hills borders Italy. Creamy Rebula, flowery Pinot Blanc and a citrusy Chardonnay represent the whites from this area, while earthy, light-style Merlots typify the reds. In the Karst Region, home to a red-hued “terra rosa” soil, indulge in Slovenia’s most unique wine: Teran. Red, with orange hues and a big body, it tastes of not-quite-ripe berries. In autumn enjoy the annual Old Vine Festival, a culinary and cultural tribute to the world’s oldest vine. A foodie destination, Slovenia boasts many regional specialties. Hard cheeses and housemade charcuterie are popular and pair well with wine. Sample Karst, a thinly sliced ham, Carniolan sausage (a mélange of garlic and pepper) and štruklji, cheese dumplings. 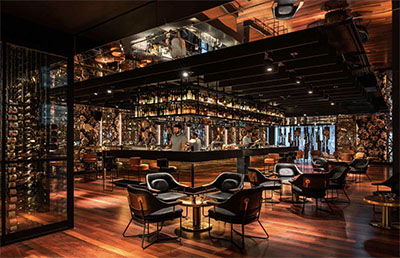 Australia ranks as the eighth-largest wine-producing country in the world. But where to plan a tasting jaunt? A local favorite for its quality of wine and culinary offerings, remote Margaret River Valley sits three hours by car south of Perth in Western Australia. This hard-to-reach region includes 120 world-class wineries, most boutique and likely to have personable winemakers on hand. Renowned for both red and white varieties, the region produces such favorites as Chardonnay (sip some superstar vintages at McHenry Hohnen) and Cabernet Sauvignon (Deep Woods Estate rules with reds). Ensconce yourself at Losari Retreat (post-tasting spa treatments are de rigueur), but bookend your trip in Perth at tony, newly opened QT Perth, steps from the buzzy waterfront precinct and Elizabeth Quay. Epicureans take note: Margaret Valley has a passion for produce, organic farms and clever chefs. It’s an ideal spot to take a cooking class (we love the one at Wildwood Valley). Travel in November to enjoy the Western Australia Gourmet Escape, a mind-boggling food festival.