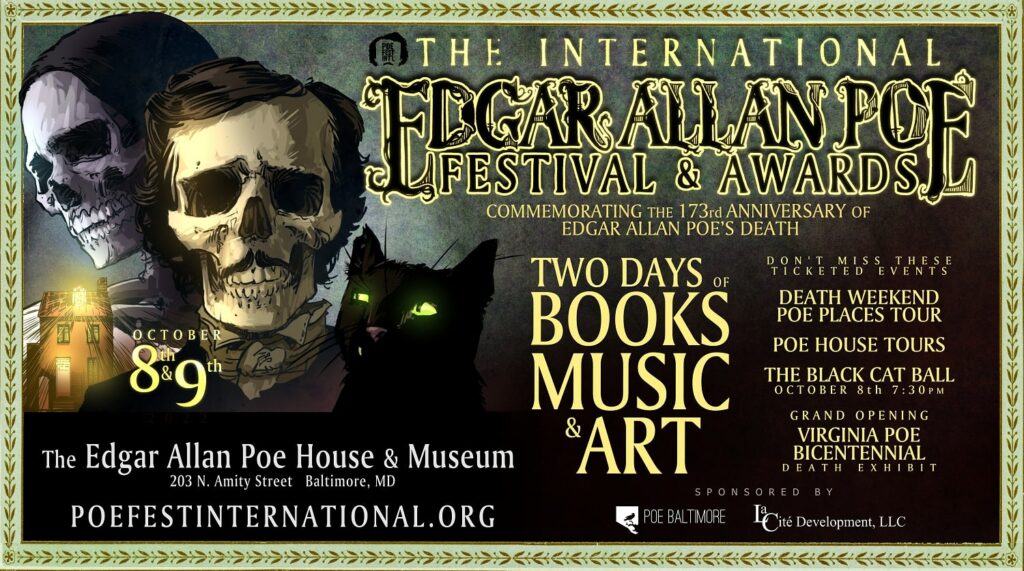 Festival highlights include The Black Cat Ball at Westminster Hall: Til Death Do We Start on Oct. 8. This year’s theme is Gothic Wedding, so be sure to pack your finest black crêpe finery for a walk down the Gothic Red Carpet. Saturday performances on the main stage include The National Edgar Allan Poe Theatre’s presentation of “Blood, Sweat and Fears;” “The Tell Tale Heart” by Ballet Embody; and “A Descent into the Music Maelstrom” by Valentine Wolf. On Sunday, festival-goers can enjoy “POE-etry in the Parlour” by Half Light Theatre, Poe’s “The Pit and the Pendulum” performed by Threedumb Theatre, and music from Baltimore City Pipe Band. 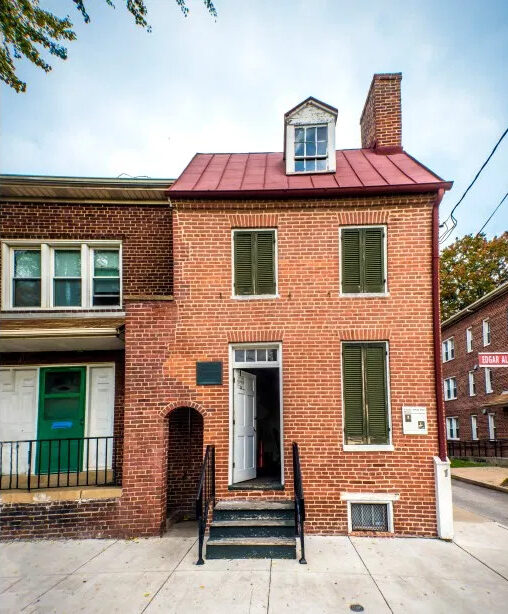 No plans to be in Baltimore on festival dates? Enjoy the online version, even if that means dancing in the dark on your own.