Work and Play in Italy

ONCE THE FINAL MEETING WRAPS and the last contract is signed and sealed with a handshake, what’s next? Do you catch a flight back home or do you take advantage of the destination? If your next business trip is to Italy, we suggest adding a few more days to explore the country’s most amazing hot spots. Make time for more than meetings in these three cities.

WHEN IN NAPLES
Pack the briefcase away and break out the backpack as you set off to explore Naples. Whet your appetite for adventure with the best pizza in the world, found here, and then discover the seaside Castel dell’Ovo, one of the world’s oldest fortifications, and the stunning artwork of “The Veiled Christ” at San Severo Chapel. There’s more ripe for exploration, including the catacombs of San Gennaro, Caserta Royal Palace and Herculaneum. Before returning to work, indulge with a luxurious spa treatment on the beautiful island of Ischia. 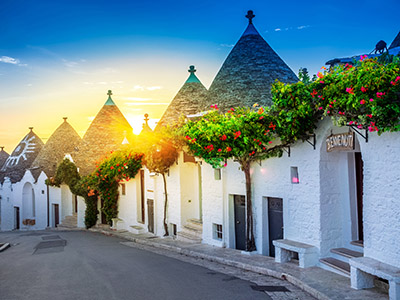 WHEN IN BARI
Business is done in Bari, now what? The answer to that question is nearly endless, but start with a stroll through the old downtown, which retains its former Medieval splendor and boasts a number of historic sites. Tour one of Italy’s largest theaters, Teatro Petruzzelli, rebuilt to its former glory after a fire in the early 1990s. When hunger strikes, visit nearby Altamura, famous for its bread. Another nearby small town, Alberobello, was designated a UNESCO World Heritage site for its noteworthy trullo, white stone building with conical roofs. 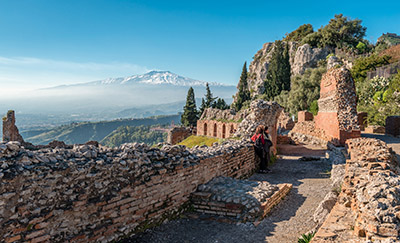 WHEN IN CATANIA
As the workload lessens, another UNESCO World Heritage site awaits in Catania. Boasting Sicilian Baroque architecture, Sant’Agata Cathedral is a Roman Catholic church dedicated to Saint Agatha. The city square, Piazza del Duomo, is also a listed site. Take in the sights, sounds and excited energy of La Pescheria, the fish market, before embarking on a full-day tour from Catania to the ancient town of Taormina and the fascinating landscape of Mount Etna.