The world’s top 10 cities for art and culture lovers are:

Further insights into the study showed the city with the most art galleries is Santa Fe, with the most popular including the Georgia O’Keefe Museum and the New Mexico Museum of Art.

Venice has more architecturally significant buildings per 1 million people than any of the other cities as the city is a designated UNESCO World Heritage Site. Miami holds the greatest number of galleries, street art searches and street art Instagram posts per 1 million people. As for Vienna, the city holds a high proportion of art and design universities in order to facilitate the artistic culture found throughout Vienna.

Washington, D.C.; London; Paris; Chicago; and Stockholm, Sweden, round out the next five to make the top 15 global cities for art and culture lovers.

Learn more about the full survey. 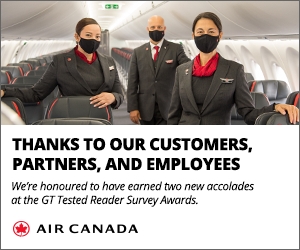 Florida’s famous “Pink Palace” in St. Petersburg Beach, the Don CeSar, is offering guests a deal of three nights booked through Nov. 30 for 30 percent off stays through Sept. 30, 2022. The historic 1920s hotel underwent a total property renovation in 2021 and is ready to celebrate the holidays. To receive early access, sign up for The Don’s monthly email offers.