Available on Monday, Wednesday, Friday and Saturday, flights between New York’s JFK and Geneva will operate via an Airbus A330-300 with capacity for 236 passengers featuring a three-class configuration of first, business and economy cabins.

In addition to the expansion of its network, SWISS will also introduce a new non-stop service between Geneva and Brussels (BRU) to supplement the existing service on the route by sister Lufthansa Group carrier Brussels Airlines. This service will begin summer 2022. Also planned for this summer, SWISS will raise its Geneva–New York frequencies up to seven weekly flights. 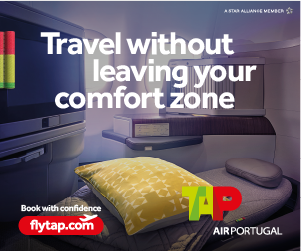 The Virginian Lodge invites guests to celebrate its grand opening in Jackson, Wyoming, with a limited-time offer. Two guests can enjoy a two-night stay with a bottle of Champagne upon arrival and an Elk Refuge sleigh ride for two adults (inclusive of transportation to and from The Virginian Lodge).