HTC Vive
Samsung Gear VR and Google Cardboard brought virtual reality to thousands of consumers for the first time, but HTC takes it to another level by implementing two new features: body tracking and room scaling. Utilize body tracking with two handheld devices, similar to the Wii nunchuk controllers that allow you to interact with your surroundings in a more realistic manner, such as swinging a racquet or shooting a laser. Room scaling makes an even bigger breakthrough with HTC’s wall sensors, allowing the virtual environment to conform to the dimensions of your room. $799.
htcvive.com 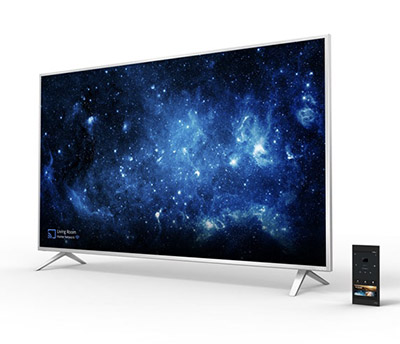 Vizio SmartCast P-Series
Technically, they’re not televisions because they don’t have tuners, so Vizio is marketing them as Home Theater Displays — which is not inaccurate since the new 4K P-Series redefines the TV’s role in your living room. Gone are the days of cumbersome menus and useless features. Vizio instead gives you an Android-powered tablet to control the smart TV’s plethora of downloadable apps ranging from YouTube to Soundcloud to HBO, in addition to the versatile Google Cast, built into the P-Series so you can play content from your smartphone as well. $1,000–3,800.
vizio.com/p-series 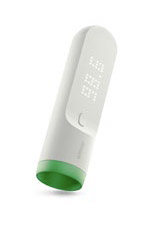 Withings Thermo
After getting FDA approval last July, Withings is rolling out its new Thermo smart thermometer for new parents across America. It’s more than twice as expensive as the infrared thermometers you can find at the drugstore, but none of those devices will transmit data to an app or sync information with Thermia, a children’s health service run by Boston Children’s Hospital. $99.95.
withings.com 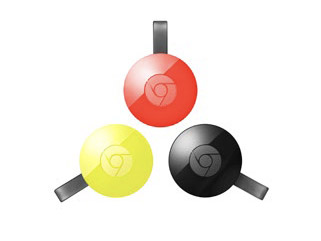 Chromecast
If you’re not trying to purchase a new TV, Google’s updated version of the popular Chromecast device will transform your ordinary television to a full-fledged entertainment center. Many people are cutting the cord, thanks to these devices, which allow them to stream content from phones and computers and transmit them to the TV in full HD quality and surround sound. The most important thing to note: iPhones are compatible with the device, while Android phones can’t work on an Apple TV. $35.
google.com/chromecast

New in New York at the Guggenheim

The iconic Solomon R. Guggenheim Museum — part of a UNESCO World Heritage site located at 1071 Fifth Ave. in Manhattan — is generally regarded as the masterwork of architect Frank Lloyd Wright. During the building phase and after its completion in 1959, the building’s modern, slightly otherworldly innovative design drew both curiosity and criticism. Today, the landmark structure houses both permanent and temporary world-class exhibits.