Located in an area known as the Golden Horn, situated on an estuary flowing into the Bosporus, Balat served as a refuge in the late 15th century for Jews escaping Spain and Portugal. Balat once housed 11 synagogues, but an earthquake and subsequent fires in 1894 drove away many Jews. By 1965 an estimated 640 Jewish families lived in Balat, and today’s numbers are far lower.

Though the number of Jews in Balat declined, two main synagogues remain. One of the oldest in Türkiye, the 15th-century
Sephardic Ahrida Synagogue, was built by Romantiotes, a Jewish community from Ohrid in North Macedonia. Inside sits a bema shaped like the prow of a ship. Yanbol Synagogue was built in the 18th century by Sephardic Jews from Bulgaria. Acquire permission ahead of time to enter the synagogues, or consider the options for Jewish heritage tours. 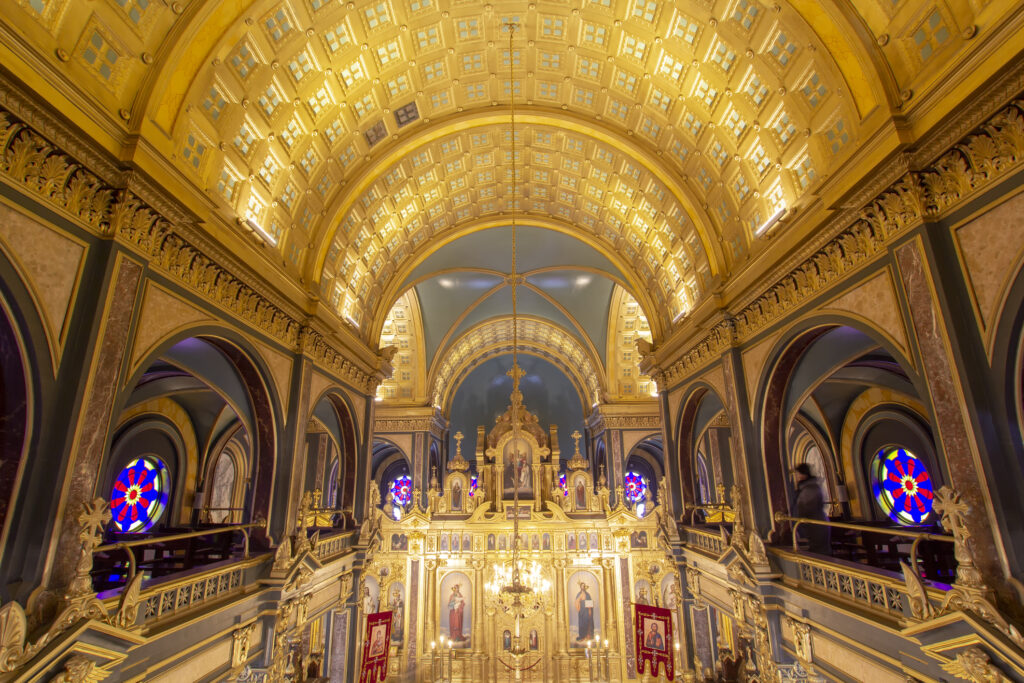 The Bulgarian St. Stephen’s Orthodox Church recently underwent a multimillion-dollar renovation before reopening in 2018. It’s known as Bulgarian Iron Church, since it was cast in iron in Vienna before being put together in İstanbul in 1871. Surp Hiresdagabed Armenian Church, also in Balat, transferred to the Armenians in 1628 from the Greeks and was renovated in 1835. Balat also offers views of the red brick Phanar Greek Orthodox College, opened in 1454.

As impressive as its religious past, Balat today draws tourists and locals looking to browse its shops and people watch from its myriad cafés, many running along Vodina Caddesi and Yıldırım Caddesi. It’s easy to spend half a day wandering its art shops and bookstores.

For neighborhood cafés and eateries, favorites include Balat Sahil, a traditional tavern (meyhane) known for its fish, mezze and local wine or raki. Forno is popular for its lahmacun, a Middle Eastern flatbread and meat dish. Another enticing spot is Maison Balat, a café inside an antique store, worth a stop for its homemade cherry juice.

Balat offers a respite from the bustle of İstanbul’s tourist hot spots while it brings to life a colorful history all its own.

This year, travel trends suggest travelers look for off-the-grid destinations to help them disconnect, explore new opportunities and expand their learning. SAVIA, a 17-acre private reserve located in the cloud forest mountains of Monteverde, Costa Rica, offers just that. Guests embark on a curated forest immersion adventure, perfect for embracing, connecting with and learning about the surrounding nature in a sustainable way.