Frequent visitors to Wisconsin’s Door County would argue a visit would not be the same without enjoying at least one big basket of fried cheese curds. However, there’s far more to the peninsula’s food culture, especially with the influx of competition-class wine producers (particularly Door 44), artisan growers and specialty food producers. 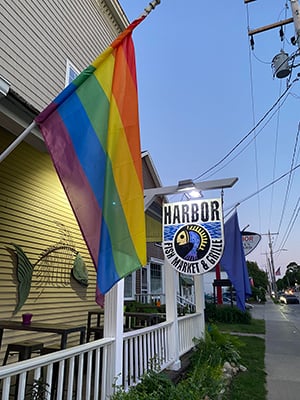 This is evidenced with new restaurants proliferating around Door County with surprising speed, thanks in part to the uptick of road trips from Chicago and other major cities during the later phases of the pandemic. Harbor Market Fish Grill, however, mastered the art of traditionally trendy destination dining since it opened 25 years ago. The décor inside the 120-year-old cottage unites Cape Cod beach house chic with funky Midwest artists’ retreat accents and colors.

The food menus follow suit, merging New England maritime vibes with globally inspired twists and Wisconsin field-to-fork flare (especially when you ask your waiter about how certain dishes are prepared). While one can find plenty of emerging Wisconsin wine, domestic and international wine selections and craft beers on the drink menu, fans of craft mixology will not be disappointed, especially if they happen to be fans of cherries (Door County’s summertime cash crop). Approximately half the drink list consists of updated variations of local classics such as Cherry Bounce (whose origins trace to the 18th century in the United States) and the Door County Old Fashioned (incorporating the “bounce” with other components of the time-tested cocktail), as well as a mule, mimosa and margarita localized with an ounce or two of fresh cherry juice from a nearby purveyor.

The New England presence comes in through a weekend lobster boil. Like its Midwestern fish boil counterpart, the main course is crafted in a wood-fired pot located at the water’s edge (social media photography encouraged). The three-course $65 extravaganza includes a cup of the restaurant’s exceptional Maine lobster bisque (also available on the à la carte menu); a two-pound live Maine lobster boiled with New Zealand mussels and steamed clams, baby red potatoes and fresh corn on the cob; and a generous portion of the home-baked Door County Cherry Bread Pudding to close things out. 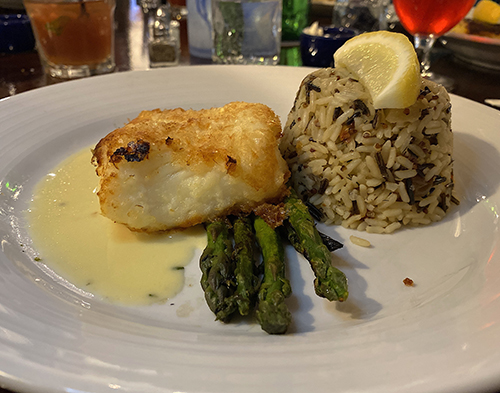 There are many other selections on the menu that assure reservations will be necessary anytime the restaurant is open. Among the appetizers, the fried domestic calamari with pepperoncini and garlic, king crab Rangoon and burrata are crowd pleasers, while among the main courses, the surf-and-turf and Chilean sea bass (when available) regularly sell out. For Wisconsin traditionalists, a Friday Night Whitefish Fry is available. And if cherries are not your thing, there are plenty of other desserts like a key lime tiramisu that are worth every calorie.

Scenic Group launched its Second Guest Sail Free offer on a variety of ocean and river cruises on both the Scenic and Emerald Cruises lines. This new offer applies to all Europe and Asia river cruise departures through June 30, 2023.