We know where to look for expertise and incredible travel knowledge, and that’s to you, our readers. Intrepid, frequent, luxury travelers yourselves, you know the standouts, and you voted for them, from airlines and airports to hotels and credit cards. Join us on the following pages to find out all the winners in our 19th annual survey and see if your favorites made the cut. 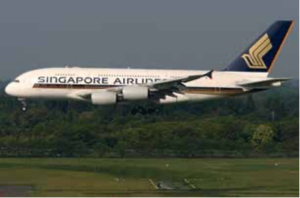 We start with the winners that transport us around this great, big, beautiful globe, starting with Singapore Airlines taking top honors as Best Overall Airline in the World, reclaiming its title for a second consecutive year. It’s lucky No. 13 for Best Airline Alliance winner oneworld, while member airline American Airlines flies home with its sixth win for Best Airline Website (aa.com). The Airbus A350 soared above the rest as Best Aircraft Type. 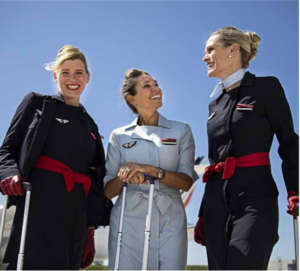 Delta Air Lines wins Best Airline for Domestic First Class, while its Delta SkyMile frequent-flyer program takes the Best Frequent-Flyer Award Redemption. And sweeping its categories for every year of the GT Tested Reader Survey awards’ existence is Asiana Airlines, Best Airline for Onboard Service and Best Airline for Flight Attendants, both for the 19th time. Cathay Pacific Airways is the Best Business-Class Seat Design winner. Air Canada takes two awards in this year’s survey: Best Airline Cabin Cleanliness for the third consecutive year and Best Airline in North America for the fourth year in a row.

On arrival or departure, the airport is undoubtedly one of the most important aspects of travel. Let’s honor those hubs delivering an incredible airport experience. That starts with Best Overall Airport in the World, going to Hamad International Airport, Doha, for the first time. DOH also earns its sixth win as Best Airport in the Middle East. 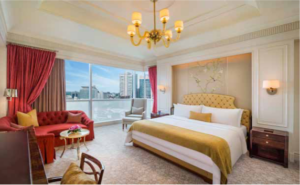 A traveler’s home away from home is important, and you can’t go wrong with these award-winning hotels. To start, The St. Regis Singapore wins Best Individual Hotel in the World. The St. Regis brand takes its seventh win as Best European Hotel Chain.

Here’s a look at the winning brands that ensure the rest of the journey is seamless. For the seventh year in a row, Volvo is driving away with the Best Overseas Delivery Program win. Also in the automotive sector, Hertz wins the prize of Best Rental Car Company, two years running, and The Parking Spot takes its fourth consecutive Best Airport Parking nod.

Greece makes a repeat appearance as Best Tourism Destination for the second year in a row, and Seoul becomes Best MICE City for the eighth year in a row. Intelsat (Gogo Commercial Aviation) takes its second Best WiFi Service nod, while Tumi upset a long-time favorite for its first Best Luggage Brand win.

We commend this year’s winners for their accomplishments and for the bright future ahead for the world of travel. Congratulations to all the winners!

Open-ended ballots ran in subscriber copies of Global Traveler and online at globaltrav elerusa.com/gt-tested-awards-ballot from Dec. 14, 2021, to Sept. 30, 2022. Ballots were distributed via direct mail and email during the same period. Ballots returned with less than 50 percent of the fields completed were disqualified. Employees of FXExpress Publications, Inc., and affiliated members of the travel industry were not allowed to participate.