THE TUSCAN CAPITAL, FLORENCE, sits amid the second-largest wine-producing region in Italy, surrounded by vineyards brimming with heritage vines and world-caliber grapes. Pausing beneath the tawny evening sky — a glass of Chianti within reach — while listening to the river lap against the walls that hold it in place as it flows beneath the Ponte Vecchio is a singularly seductive experience. 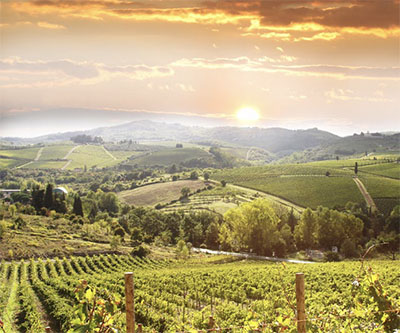 Though wine-based tourism is significant, more than vino keeps Florence afloat. More than 10 million visitors each year enter the city to drink in the staggered lines of terra-cotta roofs and elegant steeples and to immerse themselves in art, culinary offerings, history and culture.

Yet a powerful synergy undeniably exists between wine tourism and the city’s luxury travel market, and tourism on all levels shows no signs of slowing. Expanding train service offers a route between the city and Florence City Airport, and further infrastructure development includes a new terminal and runway — all changes that will increase the city’s overall attraction for foreign investment in MICE (meetings, incentives, conferences and exhibitions). General Electric’s oil and gas division, Nuovo Pignone, already contributes greatly to the corporate travel market.

“From a business point of view,” offers Valeriano Antonioli, CEO, Lungarno Collection, “there are many investment opportunities within Florence. The city is perfectly connected to three airports (Florence City Airport, Pisa and Bologna), along with a high-speed train system reaching Venezia, Milano and Rome in less than 90 minutes. There are also strong foundations for business development, both for luxury hotels and more affordable solutions, as well as residential developments.”

Opinions differ regarding the effect of perceived political and economic instability in Italy on the luxury tourism market and competing sectors. Additionally, the European Tour Operators Association recently published a study on tourism growth in Florence revealing not all city residents are pleased about streets filled with guidebook-toting out-of-towners; a good many responded the increase in visitors makes it difficult for locals to live in and enjoy the city. 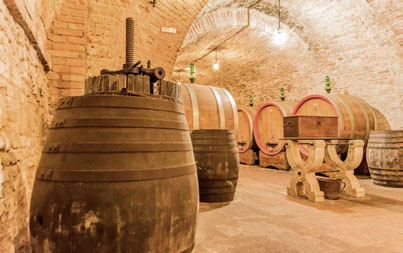 “Tourism needs to be regulated. I think that there is a need of creating some rules and a system of laws to regulate and manage big tourism arrivals, preserving our amazing city from being damaged,” says Patrizio Cipollini, general manager, Four Seasons Firenze. “Museums need to be booked in advance in order to avoid huge and noisy queues, services need to be guaranteed on a high-quality level, taxis need to be found easily, infrastructure needs to be built, etc. I think that we can work to ask the institutions to invest in this direction in order to increase the city’s awareness [of these issues].”

In Cipollini’s view, the addition of exceptional new businesses — some strongly connected to what he considers the artisanal soul of the city — along with new hotel openings, new attractions and new museums of quality are all important to the general awareness of Florence as a desirable destination.

The wedding sector has also become extremely important. Cipollini explains Florence has become a destination wedding location, and he supports initiatives that include the DUCO Travel Summit, the first fair dedicated to Italian luxury tourism. The inaugural edition was held in Florence last March, bringing important tour operators from Anglo-Saxon countries, an event he says “gives to the city a wide resonance.” 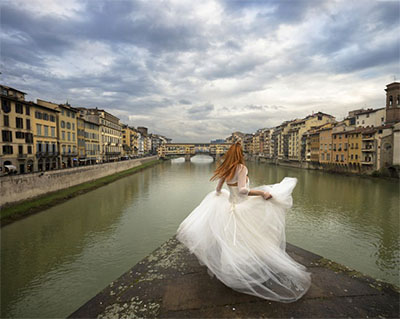 Florence’s luxury travel niche also experiences synergies with sectors including the fashion industry, with the legendary Pitti Fashion Fair bringing thousands of visitors to Florence and providing a venue for medium to large luxury textile producers. Antonioli points to the culinary market, currently undergoing a renaissance with the addition of seven Michelin-starred restaurants in the city center, along with the addition of some of the most prestigious wine cellars in Europe, including Enoteca Pinchiorri.

“As opposed to some other touristic cities in Italy,” says Antonioli, who has lived in 12 cities around the world, including Los Angeles, St. Petersburg and Monaco, “[I feel] Florence, over the years, has maintained its integrity. It’s a real city, a hybrid of locals and travelers, and in my opinion this city represents the ideal location for a perfect lifestyle. Together with my family, I am in the city center and can walk or bike anywhere. I constantly find hidden treasures, enjoy museums, parks and monuments as if they were in my backyard.”

Florence’s past as an economic capital continues, though the economy shifted more toward tourism. As an artistic performer and native of Florence, do you feel the growth in tourism takes away from the rich culture of the city or adds another dimension? The world is changing, and for us tourism is fundamental. We must keep on making culture our point of reference. As an artist, I hope the world keeps visiting us. The city must develop culture, taking into consideration tourism is standardizing itself.

Florence’s architectural beauty and long connection to the arts and great artists remain strong draws for visitors. Is the city still supportive of local artistic endeavors? My experience starts from my theater in Florence, [which has] expanded into Italy and other parts of the world. The Teatro del Sale is both a studio and culture club where I conceive and produce my shows that I then bring on stage in Italy and abroad. I perform for two weeks per month and take care of the artistic schedule for 11 months. Since 2003 the members of this cultural association, by attending my shows, have made this place a sort of little West End.

What do you most love about being an artist/performer in Florence? I love this town; it has made me conscious of beauty, ethics, art and honesty. Being born in Florence has given me all this. My parents are Tuscan, and they have given me strong values typical of this land.

What would you love to see happen within the city over the next few years? A larger broadmindedness, without being afraid of differences but having a clear picture of the strength the differences of culture and religion might give. I believe differences are nourishment and make us feel part of the world rather than part of a restricted community.

Things to Do in Florence

Given the spectacular wines produced around Florence, planning a tour and tasting is a wonderful way to gain perspective on the love affair between the city and its regional grapes. The region surrounding Florence is particularly known for grapes that include Sangiovese, used in the production of Chianti; the famed Brunello di Montalcino; and the Prugnolo Gentile that forms the base of Nobile di Montepulciano. Wandering among them is dreamy, but don’t expect a typical California-style vineyard experience. Most vineyards are small-scale, family-run endeavors. Visits with a vinaiolo (winemaker) are more leisurely affairs that often involve traipsing across the hills between rows of vines and casual tastings that typically include a meal with selections that fully showcase the wine’s subtleties. Italy recognizes 154 official Wine Trails, marked with road signs and offering individual websites to help you plan a route for a self-guided tour. A private tour with a sommelier or knowledgeable wine guide is also a good option, as some of the best vineyards are located on smaller roads in rural areas that can be challenging to locate, especially if you have time constraints. Luxury tour operators that can customize a wine-centric expedition include Audley Travel, Charme & Adventure and Le Baccanti.

Both Florence City Airport (FLR), also called Aeroporto di Firenze-Peretola, and Pisa International Airport (PSA), also known as Galileo Galilei International Airport, serve Florence. Florence Airport lies approximately 3.7 miles from city center. An information desk located in the arrivals area is open daily 8:30 a.m.–6:30 p.m. A shuttle bus provides direct service to city center; travel time is roughly 20–25 minutes. Purchase tickets at newsstands in the airport or on board. Official white-colored taxis to city center have a fixed rate of €20 (about $23). Travelers should avoid cars bearing signs that say “NCC,” as these are not official taxis. Pisa International Airport is located approximately one hour from Florence city center. Bus shuttles and taxis are available along with a rail link from Pisa Central Station to Florence’s main city terminal. The Pisa Mover shuttle bus transports passengers from the airport to Pisa Central Station for the train to Florence.

COMING AND GOING
For visits up to 90 days, U.S. citizens must hold a passport valid for at least six months beyond planned departure date and with two pages for entry stamp.

Where to Stay in Florence

HOTEL LUNGARNO With décor suggestive of a luxury yacht, this plush property on the Ponte Vecchio features 65 rooms and suites and a stunning art collection with more than 450 works. Borgo San Jacopo 14 $$$$$

IL SALVIATINO On the edge of the city, this stunning villa’s organic vegetable and herb gardens fuel the kitchen. Room features include sections of exposed stone wall; outside, enjoy spectacular formal gardens and a destination spa complex. Via del Salviatino 21, Fiesole $$$$

PASTICCERIA NENCIONI You’re in Florence, so have some cake. This pastry shop-café serves local favorites, including fedora, a sweet orange cake encased in a thin, dark chocolate shell. It’s open for breakfast, too. Via Pietrapiana 24R $