But Ghent (Gent in Dutch), located in the Flanders region of Belgium, just 35 minutes by train from French-speaking Brussels, offers visitors a more relaxed and serene atmosphere than Amsterdam, with less-crowded bike paths and waterways and non-existent lines at museums and popular restaurants.

Many business travelers wake up on their first morning in the city at Hotel NH Gent Belford. Located just two minutes’ walk from Sint-Baafsplein, one of the best-preserved medieval city centers in Europe, this 174-room hotel also lies within walking distance of Het Pand Congress Center and 10 minutes by taxi from Gent International Convention Center.

For the business traveler wishing to host colleagues for a morning breakfast meeting, NH Gent Belford offers two boardrooms (up to 12 persons each) or the outdoor patio during summer months for catered meals. It also features a private, vaulted cellar for entertaining clients and business associates. Traffic noise is never an issue, as the main entrance is located in the city’s pedestrian zone.

Additional deluxe hotel accommodations include the 143-room Ghent Marriott Hotel, located along the canal-like Leie River, within walking distance of many of Ghent’s popular meeting venues and historic attractions. The property offers nine event rooms suitable for small- to mid-sized conferences and board meetings, as well as the Midtown Grill steak restaurant for lunch or dinner.

Book a post-breakfast business meeting at the nearby Het Pand Congress Center, with 10 function rooms, three featuring natural light. Het Pand, one of the most frequently rented locations offered by Ghent University, is nicely situated on the banks of the Leie, which winds through the city’s historic center. The Congress Center, once a 15th-century Dominican monastery, houses several museum collections, exhibition rooms and a lovely restaurant with professional catering services. 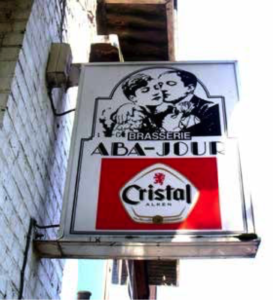 After a morning meeting, stroll across the Leie to ABA-Jour, a small bar/restaurant with a good selection of Belgian beer and food. Sit on the quiet, riverside back terrace or at an umbrella table on the street side. This little, off-the-beaten-path spot proves perfect for either a solo lunch or a meal with local business contacts.

Before an afternoon meeting, save time to do some sightseeing by foot, bicycle or on one of the small boats offering informative and narrated 40- minute tours along the Leie. Float past the historic structures of the Graslei (the medieval port), the old meat market and the steep walls of the Castle of Counts, constructed in 1180.

Arrange a meeting at the centrally located Capitole Theatre, a 1930s- era cinema with function rooms, bars and a restaurant, all with stunning Art Deco décor. You’ll find another good daytime meeting venue at the Museum of Industry, a former cotton mill in a red-brick building near the Leie. Permanent exhibits show how Ghent thrived on textiles, and the museum’s highest floor provides a great panoramic view. The museum’s café, Bar Mitte, offers good food and a sun terrace.

The Flanders region is known for its delicious, locally made culinary treats, and Ghent is no exception. Founded in 1880, the oldest bakery in Ghent, Oud Huis Himschoot, proves a great place to pick up bread, croissants or pastries. Try the popular mastel, a small, round bread similar to brioche, with cinnamon added. Locals bring it home, cut it in half, put butter and sugar in the middle and heat it. But for visitors without the extra ingredients, it still makes a delicious snack.

Daskalidès, a family-owned store, has made chocolate in Ghent since 1931, including the popular merveilleux, chocolate on a base of hazelnut paste. Tiny Petite Normandie offers baguettes; Belgian Gouda; strong-smelling Herve cheese; and creamy Passendale, named after the Flemish village of Passchendaele. Also try the cone-shaped purple candy known as neuzekes (little noses), sold from street carts.

At the Groentenmarkt, a vegetable market since the 18th century, Vve Tierenteyn-Verlent has sold its own mustard in the same location since 1790; the thick, handmade condiment has been a local favorite for 230 years. Across the square, look for Het Groot Vleeshuis, Ghent’s former Great Butcher’s Hall, where dozens of salted Ganda hams, a traditional Flanders specialty, hang to dry from the wooden ceiling timbers in a restored l5th-century building. At the modern pub attached to Vleeshuis order fresh slices of Ganda and tall glasses of Belgian beer.

If time allows, visit the Old Dockyards district, to the east of the city center. This former port area had fallen into disrepair, but a revitalization project transformed the once gritty area into a vibrant neighborhood with new housing, office/retail spaces and cultural amenities. Known locally as Oude Dokken – Kaaimuur Achterhoek Oost, the district now hums with trendy galleries, cafés and maritime-related public art. For innovative brand launches or eclectic product presentations, the new Noah Gent Lunch Bar & Event Space offers a design-savvy boat with creative event spaces on the Handelsdok canal.