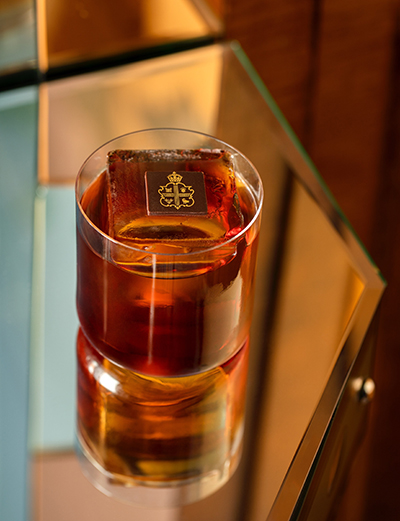 Starting June 1, Royal Archive Cabinet will display rare and precious items from the 1953 Coronation. In addition to mementos from an original swatch of the hand-stitched and beaded fabric from the Queen’s coronation gown, the display will also include hand-written annotations of the motif by designer Norman Hartnell, as well as original menus and cocktail cards served in 1953. Original photographs from the procession and the Queen’s visits to the hotel will also feature in the display.

Claridge’s will add five new cocktails to The Fumoir and Claridge’s Bar in honor of the Jubilee. Some of the cocktails include the Royal Stag, a concoction with whiskey notes as an homage to the Queen’s love of the Scottish Highlands, and the Windsor Rose, a drink originally served at Claridge’s on the Queen’s Coronation Day in 1953.

Did you ever consider the possibility of carrying a Boeing 747 in your wallet? That dream became a reality with a new introduction from American Express and Delta Air Lines. The two recently launched the first-ever credit card design made with a retired Delta Boeing 747 aircraft.