Global Traveler editorial assistant Erich Martin recently wrote “Spooky Books to Read While Traveling.” Although an avid reader of all genres, I prefer horror novels for lazy Sunday afternoons. I have compiled a list of my favorite books I’ve read on my recent travels. 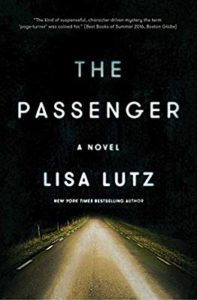 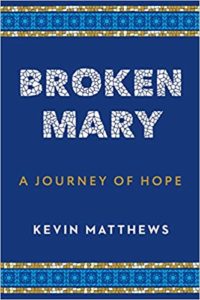 For more than 30 years, radio personality Kevin Matthews has entertained fans via the airwaves as well as in comedy clubs. In 2008 Matthews was diagnosed with multiple sclerosis. Broken Mary is Matthews’ story of his life and career, his battle with MS and a serendipitous discovery of a broken statue of Mary, which would change his life forever. It is a story of spirituality and hope from one of my favorite entertainers.

As a fan of Lisa Lutz’s Spellman Files quirky family detectives series, I was intrigued by The Passenger, her first true thriller. Lutz delivered a dead-serious story of a woman changing identities and locations as she tries to escape her mysterious past. Filled with many twists and a few dashes of Lutz’s usual humor, it is a great psychological thriller. 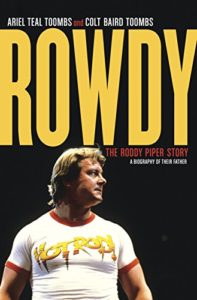 Self-described spiritual adventurist Jenniffer Weigel once again delves into the world of the paranormal with Psychics, Healers, & Mediums: A Journalist, a Road Trip, and Voices from the Other Side. Giving a real look at psychics, mediums and healers, Weigel continues her search for answers. Whether you believe or not, you will come away with new perspectives.

Longtime friend and wrestler-turned-actor Roddy Piper died in 2015, before he could finish writing his autobiography. In an act of love, daughter Ariel and son Colt completed his story. Rowdy: The Roddy Piper Story reveals his troubled childhood, his journey to worldwide fame and the ultimate happiness he found with the family he created. 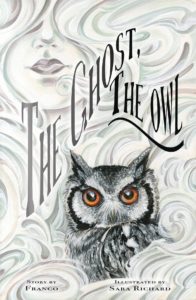 On the lighter side is The Ghost, The Owl, a graphic novel written by Franco and illustrated by Sara Richard. The whimsical and mysterious story of a ghost and an owl is a simple, quick and interesting read; and the ethereal, free-flowing illustrations make the story come to life. It is the perfect collaboration to be enjoyed by all ages.

Looking ahead, I am excited about Dina Kwit’s Through My Lens — A Photo Collection of Women’s Pro Softball. The longtime photographer of the Chicago Bandits (women’s pro softball) compiled hundreds of photos and added many interviews with important figures.

I still have a pile of older books to read, but these two will jump to the top once they are published.

Retreat into Luxurious Stillness at The Rittenhouse Spa & Club

The Rittenhouse has long stood out as one of Philadelphia’s finest hotels, centrally located in one of the city’s poshest neighborhoods. Needless to say, I knew I was in for an afternoon of luxurious pampering when I hopped in my car and headed down I-95 from my suburban home to the heart of the City of Brotherly Love. As I drove through the seemingly endless roadwork on the highway, I realized just how long it had been since I’d driven this once-familiar route into the city as a result of the pandemic. Of course I was eager for the relaxation and bliss that was in my future, but it was also a welcome feeling to head back into Philadelphia for a moment of normalcy.