More than 30 employees, from aviation painters and designers to engineers, worked to paint the 737-800 NG at Copa Airlines Maintenance Center at Tocumen International Airport in Panama City. It took more than 2,500 hours of work across 15 days.

Following an unveiling event on Aug. 31, the commemorative retro livery took off from Panama City to New York, currently flying across Copa Airlines’s network in more than 76 destinations in 32 countries in North, Central, and South American and the Caribbean.

The Airline also celebrated with a special event at Miami International Airport with its commemorative aircraft design and was welcomed with a water cannon salute honoring Miami as its first route in the U.S. and its largest operations in the United States. 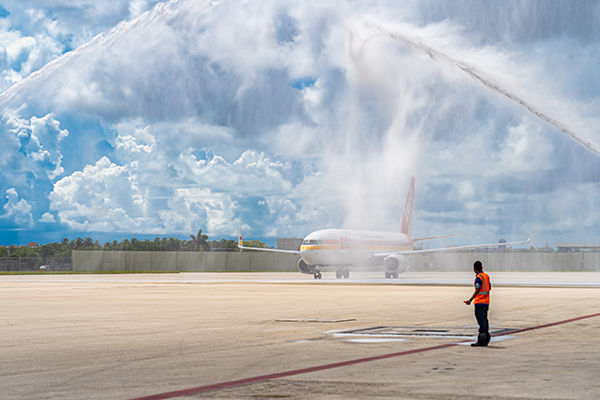 Copa Airlines’ story began in 1947, when the airline was founded as the National Airline of Panama with flights to three cities onboard Douglas DC-3/C47 aircraft. Significant growth in the number of flights came in the 1960s and 70s, before the airline fully shifted its focus in 1980 to its international reach. In 1992, Copa started to build the Hub of the Americas® at Panama City’s Tocumen International Airport. From there, the airline continued its incredible growth through to its recent 75th anniversary. 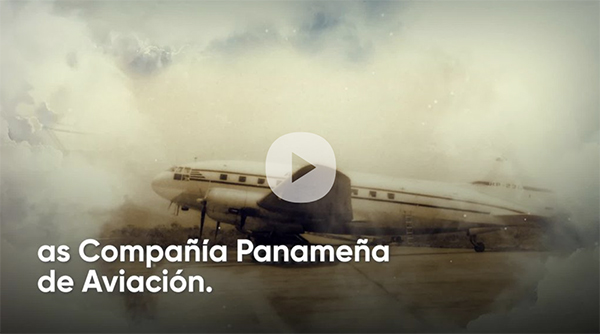 This year also brought exciting changes to Tocumen International Airport, with an expansive new Copa Club lounge opening and the move of all Copa operations to the brand-new Terminal 2. 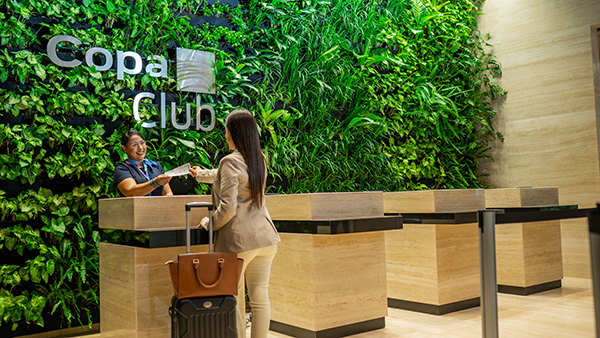 Terminal 2 plays a critical role in further strengthening Tocumen International Airport as the Hub of the Americas®. Its wide, modern infrastructure includes 38 Copa Airlines passenger and baggage check-in counters and 22 self-service kiosks. Copa Airlines remains focused on providing world-class service while connecting passengers through the Hub of the Americas® to the rest of the world.

Copa Airlines boasts one of the industry’s most modern and efficient fleets of Boeing 737-800 NG and Boeing 737 MAX9 aircraft, and has been recognized by Cirium as “The Most Punctual Airline in Latin America” for the eight consecutive year.

A journey on Copa Airlines brings travelers to the heart of Panamanian culture, and the next 75 years look equally as bright. Learn more.