That’s just the latest in many steps United Airlines has taken and will continue to take to make sustainability the new standard in flight. December 2021 saw United purchase an equity stake in Zero Avia, a hydrogen-electric engine developer — making United the largest airline in the world to invest in zero-emission engines for regional aircraft. United reached another amazing milestone in December: the first airline in aviation history to fly an aircraft with passengers using 100 percent sustainable aviation fuel in one engine.

In September 2021, United agreed to purchase up to 1.5 billion gallons of SAF with an investment in Alder Fuels; the total amount of fuel from that purchase would be enough to fly more than 57 million passengers. That move marked the airline’s second investment in SAF production, previously agreeing to purchase up to 900 million gallons as an investor in Fulcrum BioEnergy. And with its recent investment in Cemvita Factory, United has officially invested in three SAF producers.

The airline proved equally as busy and dedicated to its sustainability aims earlier that year, as well, including earning its third top honor from Air Transport World when it was named as Air Transport World’s 2021 Eco-Airline of the Year. In July 2021, UAV invested, along with Breakthrough Energy Ventures and Mesa Airlines, in start-up Heart Aerospace. Heart Aerospace is currently working on the ES-19, a 19-seat electric aircraft that could fly with zero emissions when powered by renewable energy. United also announced plans to work with Archer Aviation to accelerate its electric vertical takeoff and landing aircraft that have the potential for future use as an “air taxi”. 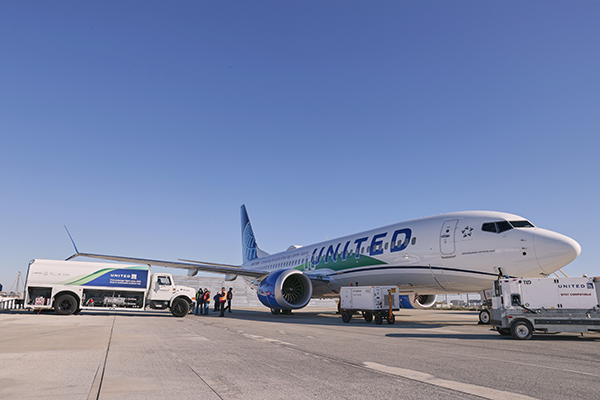 United’s action in its commitment to advancing sustainability within aviation dates back several years.  In 2016, United became the first airline in the world to use SAF on a continuous basis in regular operations. United achieved another first in 2018, as the first U.S. airline to commit to reducing greenhouse gas emissions by 50 percent by 2050. While that goal has now been superseded by United’s 100 percent green net zero commitment, it further proves the many ways in which United is an industry leader in sustainability. 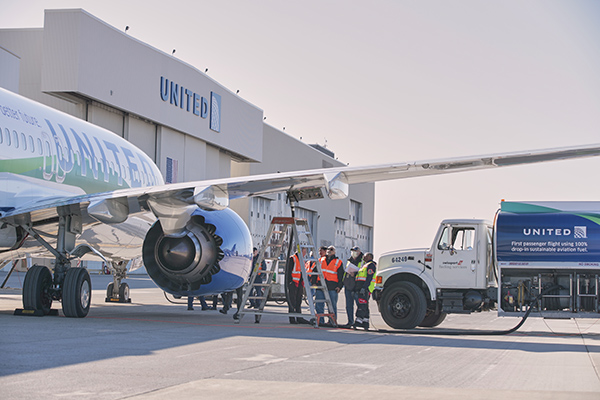 Finally, in 2020, United also became the first airline to announce a commitment to invest in  direct air capture, which is a type of carbon capture and sequestration technology. Carbon capture technology is an arena United remains committed to investing in.

The future is clearly brighter thanks to United’s continued commitment to sustainability in aviation.