Wilhelm I dedicated this graceful structure to his wife, Queen Katharina von Württemberg, following her death, as a monument to his everlasting love. Designed by King Wilhelm I and his architect Giovanni Battista Salucci, the chapel draws inspiration from Roman temples and occupies a spot on the hill that was once one of Katharina’s favorite places. 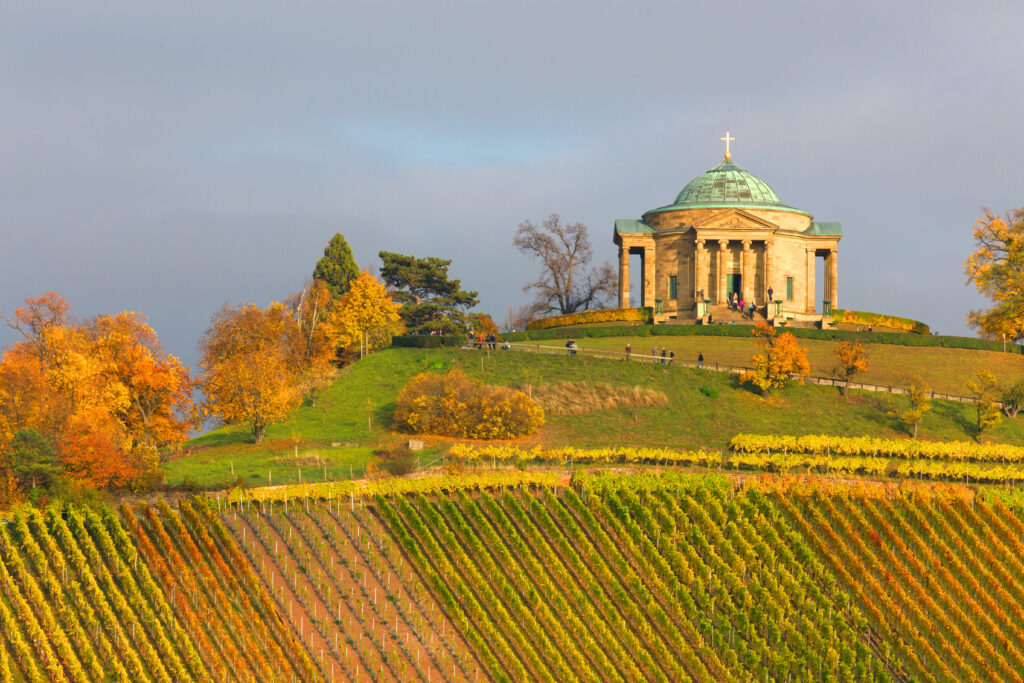 A story with romantic twists and royal intrigue surrounds Duke Eberhard Ludwig of Württemberg and his lover of many decades, Wilhelmine von Grävenitz, who resided at the duke’s elaborate Ludwigsburg Residential Palace. Unhappily married when he met Wilhelmine, a young noblewoman from Mecklenburg, the duke was immediately smitten by her beauty and her lovely singing voice.

He concocted a plan to keep her close by, marrying her off to his court’s supreme administrator. Wilhelmine then took over the title, elevating her to membership in the Secret Cabinet and Conference Department, and thus securing her presence in the royal court. She became mistress to the duke until their eventual separation 25 years later; history’s rumors suggest that ,though they no longer enjoyed a physical relationship, their love endured.

At Heidelberg Palace, a lavish gate leads to the private garden created by Friedrich V for his true love Elizabeth Stuart. The gate is known as the “Elisabethentor.” The ornamental gate — a birthday gift from Friedrich V to Elizabeth — was said to have been built in a single night. Before you leave the palace, be sure to tour the castle complex’s historic apothecary and let your imagination run wild as you peruse the bottles and elixirs. Who knows what kind of love potions were once bottled up inside the collection of glass, faïence and colorful majolica containers?