Preserving Pearl Harbor’s landmarks and the memory of our fallen heroes for future generations is a worthy endeavor. Restoration of the Ford Island Control Tower is part of that ongoing effort.

Pearl Harbor visitors now have access to an unforgettable new experience with The Top of the Tower Tour. The tour offers 360-degree views of America’s WWII Aviation Battlefield from the tower’s observation deck thanks to an elevator gifted by the Shoen family of U-Haul. The attraction opened Memorial Day. 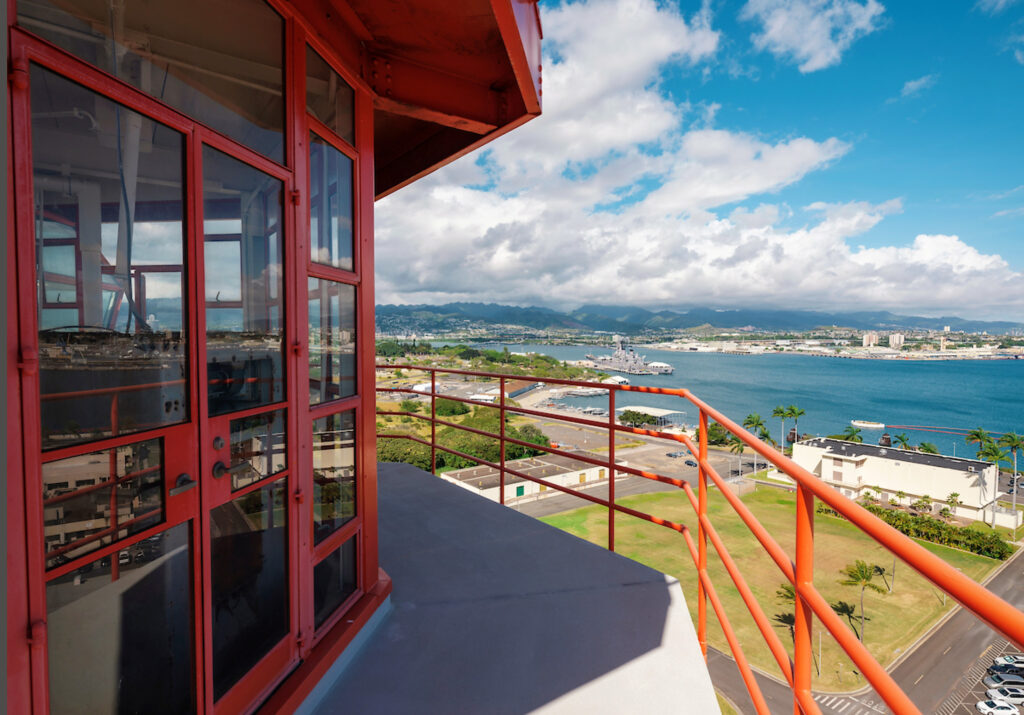 But there is work still to be done. U-Haul invites the public to follow its lead and help Pearl Harbor Aviation Museum finish restoring Ford Island Control Tower. While $7 million has gone into tower repairs over the last decade, the task of replacing the tower windows remains. Half of the $800,000 needed to complete the final restoration phase must come from donations. This initiative will help preserve Pearl Harbor’s hallowed grounds and an irreplaceable WWII landmark while honoring the veterans of the Greatest Generation.

Of course, unplanned giving is not always an option during difficult economic times. Simply sharing word of the restoration project and donation opportunity is appreciated. Taking The Top of the Tower Tour in Honolulu, Hawai’i, is another wonderful way to provide support.

Pearl Harbor holds special significance for U-Haul, started by a U.S. Navy veteran and his wife in 1945 as WWII came to a victorious end. U-Haul has been headquartered in Arizona since 1967. The Top of the Tower Tour offers views of Pearl Harbor National Memorial, featuring the USS Arizona Memorial, as well as Battleship Row, where eight ships were bombed and four sunken, USS Arizona among them. Veterans affiliated with U-Haul who served in the Pacific Theater are honored with a display in the tower lobby.

“Reopening the Ford Island Control Tower is another way to honor the memories and preserve the stories of the brave individuals who sacrificed their lives defending our freedom,” said Joe Shoen, chairman, U-Haul, and son of founders L.S. “Sam” and Anna Mary Carty Shoen.