There’s something so regal and elegant about a classic theater, from the careful attention to architectural details and designs to the bright lights lining the stage. American towns across the country often centered around such theaters, hosting plays, musical performances and films for all to enjoy. The theater was not only a space to enjoy entertainment but also to reunite with others in the community. While many such historic theaters have been lost to time, towns from Mississippi to New Jersey preserved these buildings for future generations to admire and enjoy. Here are 10 restored theaters across the United States, all of which retain their original charms and characters from the day they first opened. 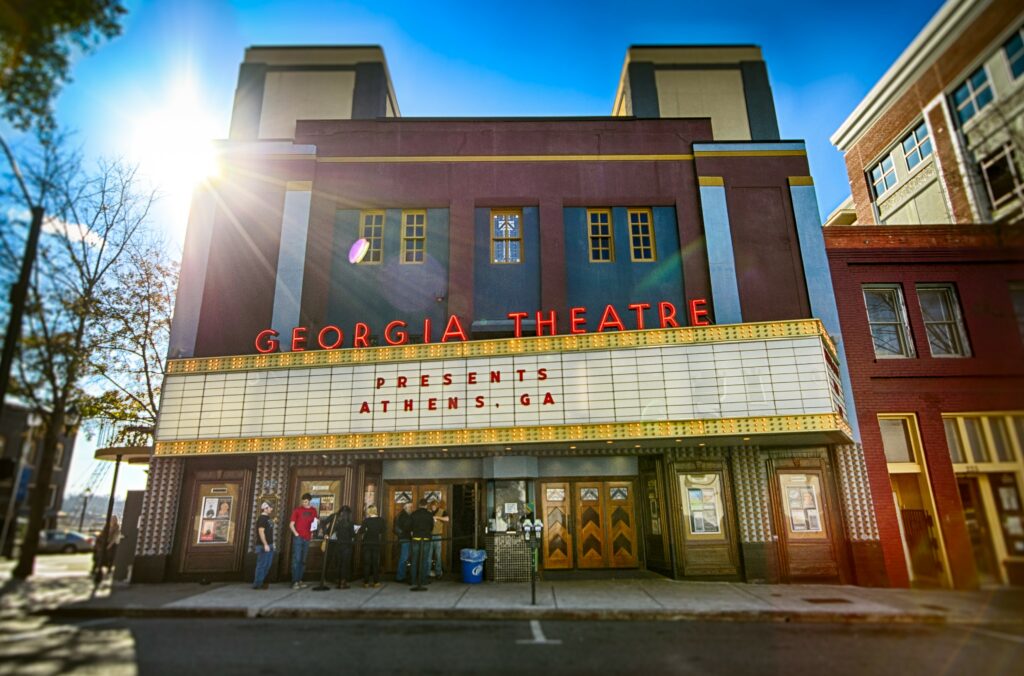 Originally named Elite Theatre, Georgia Theatre expanded from the lower section of the original YMCA in 1935. A 2009 fire destroyed much of the building, but the town rebuilt the theater and reopened it in 2011. Since then, Georgia Theatre has hosted live album recordings and music videos for artists like Corey Smith and John Mayer. The theater continues to support local and national artists today, and guests can even visit the rooftop to enjoy cocktails, small bites and lovely views of the town. 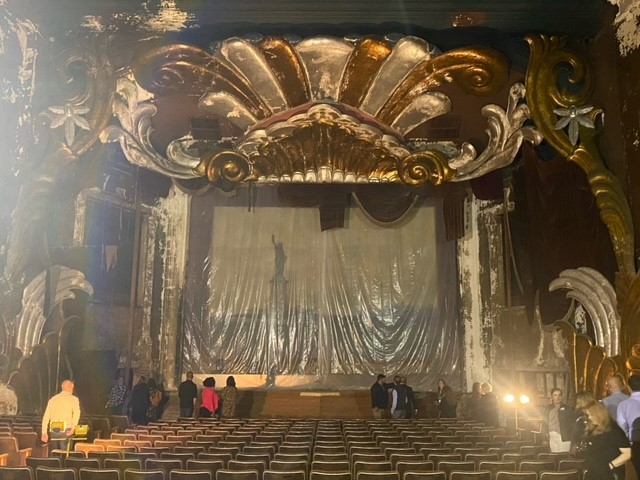 One of the oldest existing movie houses in Kentucky, Columbia Art House, built in 1927, began as a vaudeville theater before becoming a movie house and performance space. A 1950s renovation added Art Deco flair to the theater, blending this glamorous style with the existing Greek and Moorish styles. The current marquee was added in 1965, and a stained-glass ceiling wows all who walk beneath it. Currently under restoration, the house will soon become a cultural center for Paducah. 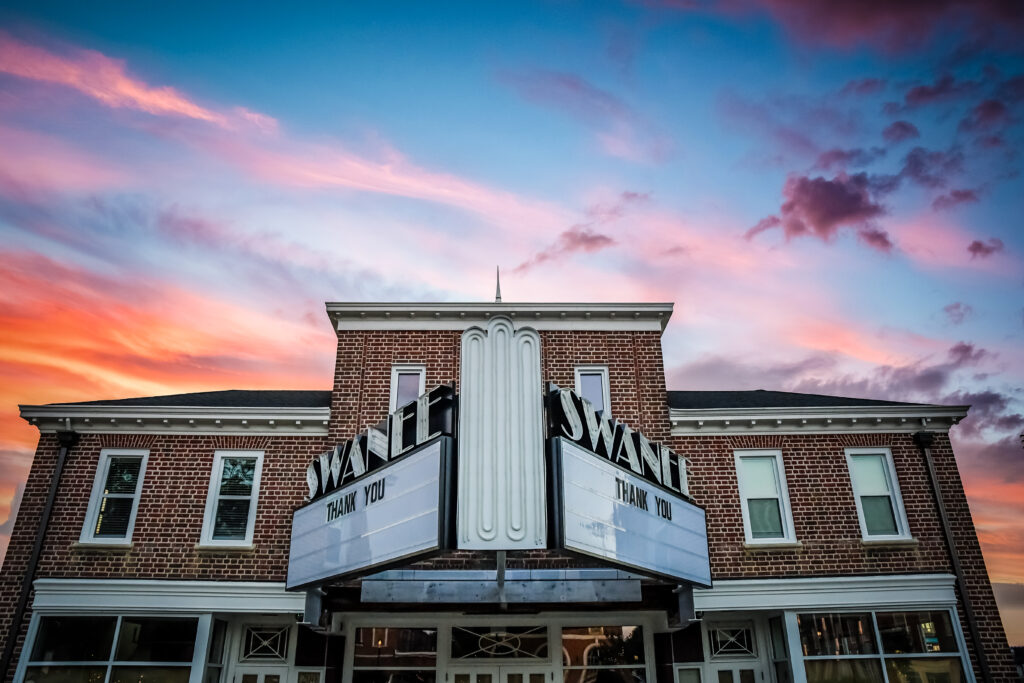 Built in 1940, Swanee Theatre comprised one of four single-screen movie theaters in downtown Kannapolis. Open until 1971, the space eventually became vacant until 2021, when developers remodeled the theater to its original state. The marquee on the front remains the same as it was in 1940, and guests now have a chance to enjoy shows, musical performances and other events at this stunning property.

This year, The Strand Theater celebrated its 100th anniversary. The theater has welcomed the likes of President Grover Cleveland and John D. Rockefeller over the years, and its reputation as being one of the best acoustical theaters in the country means its popularity continues to grow. Listed on the National Register of Historic Places, the space became a motion-picture theater before returning to an entertainment space. 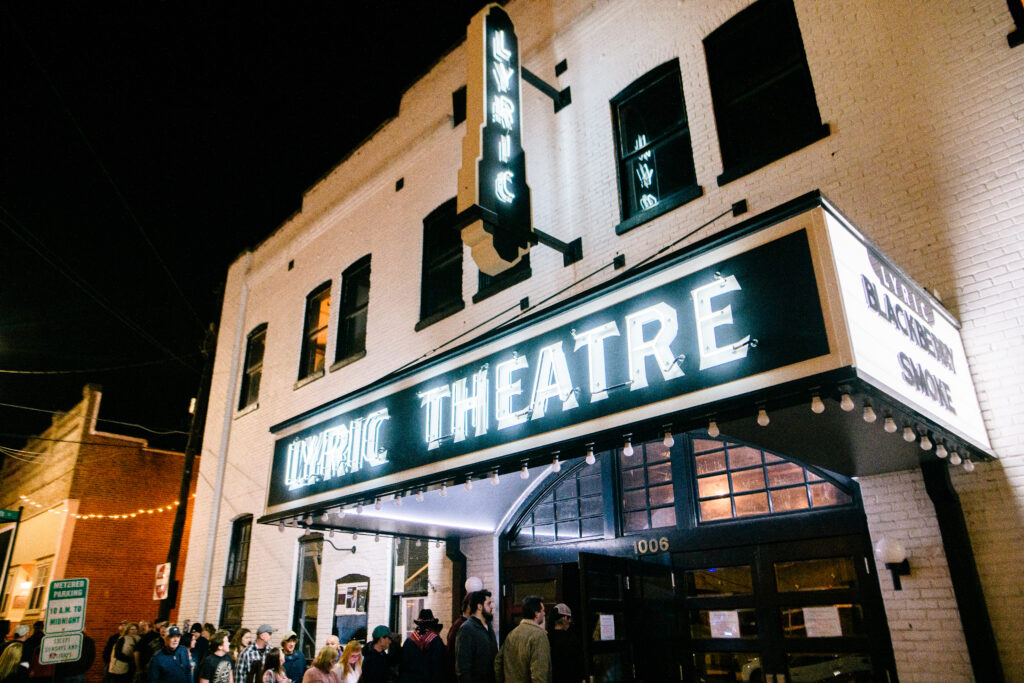 Lyric Theatre, originally built in the late 19th century, served as William Faulkner’s family stable. In the 1920s, the building converted into a space for live performances, becoming the town’s first movie theater. In 1929, Faulkner walked from his home in Oxford to his former childhood stable to watch the world premiere of MGM’s Intruder in the Dust, a film adapted from one of his novels. The theater was abandoned until the early 1980s and, in 2007, underwent an extensive restoration process to become a theater once more. 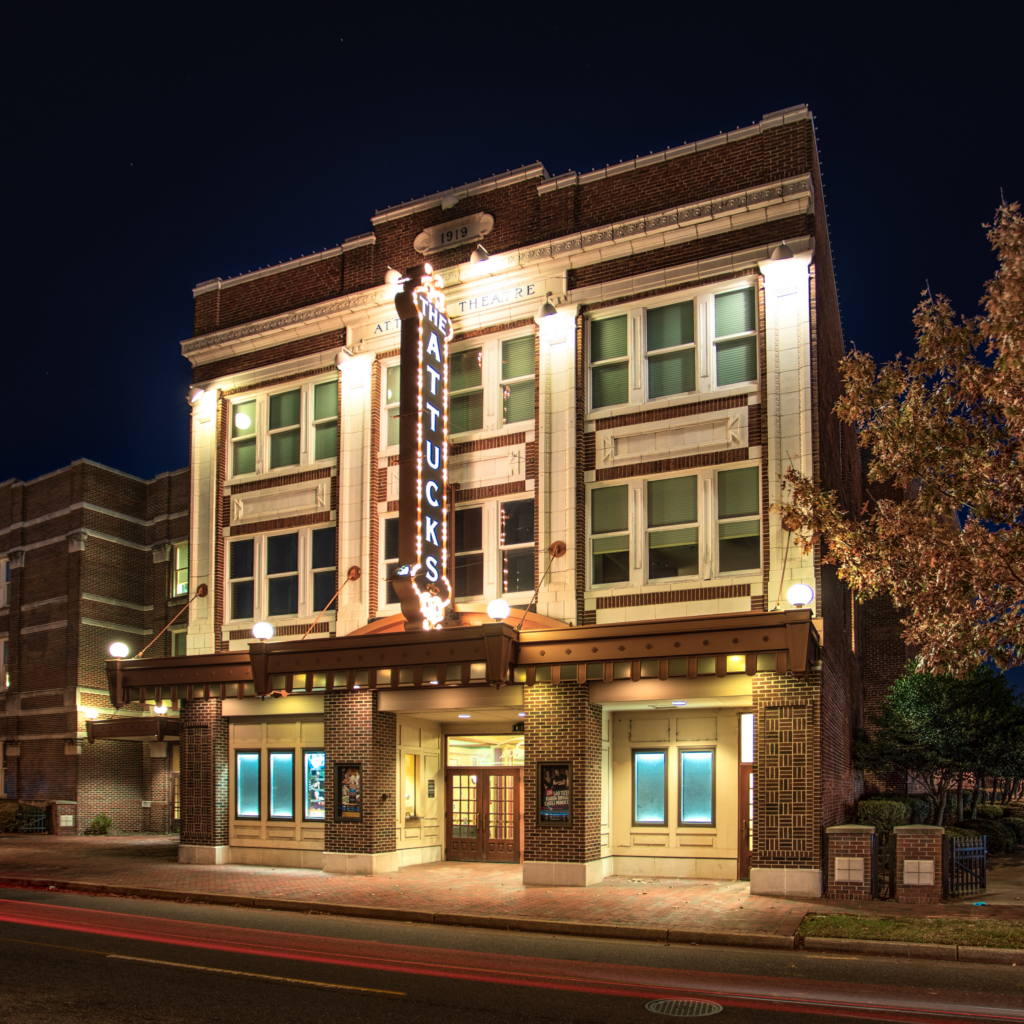 Attucks Theatre is deeply rooted in the Black culture of Norfolk; the theater was designed by African-American architect Harvey Johnson, first opening in 1919. Located on Church Street, it  holds the title as the oldest remaining legitimate theater in the country that was completely financed, designed, constructed and operated by African Americans. Attucks Theatre served as a center of entertainment, business and racial pride and became a notable stop for all the best-known artists of the day. 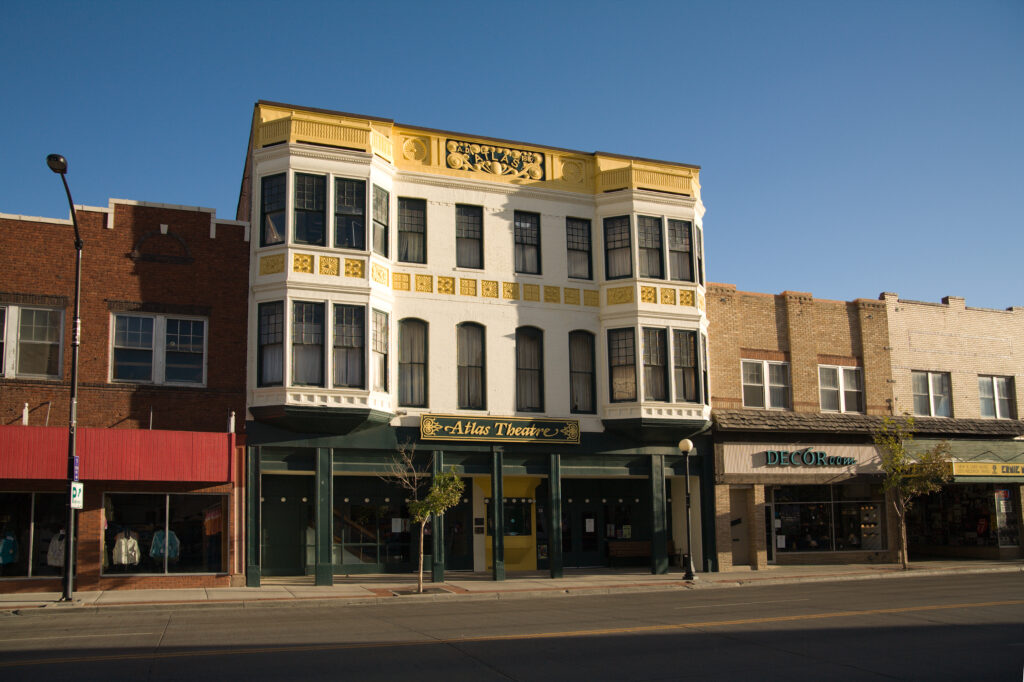 Historic Atlas Theatre, built in 1887, once housed a penny arcade and even served as a soda parlor and confectionary shop. Now owned and run by Cheyenne Little Theatre Players, one of the oldest community theater groups in the country, it hosts many live productions, including Old Fashioned Melodrama. Also in Cheyenne, The Lincoln was the first theater in the city to play talking movies. Constructed in 1929, the theater is now a hub for arts and nightlife. 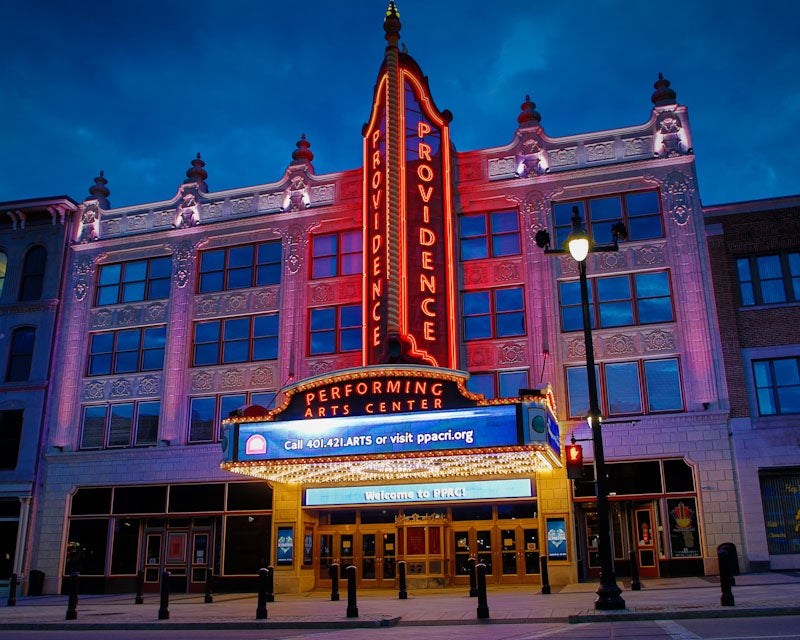 Hosting top-notch, national Broadway tours and some of the biggest names in the entertainment business, Providence Performing Arts Center has entertained guests for more than 45 years. Once the Loews Theater Building, this theater first opened in 1928 and thrived for more than 90 years. Today, the space hosts a wide variety of large-scale performances, from The Lion King to The Phantom of the Opera. The theater’s many restorations also exposed the building’s original beauty. 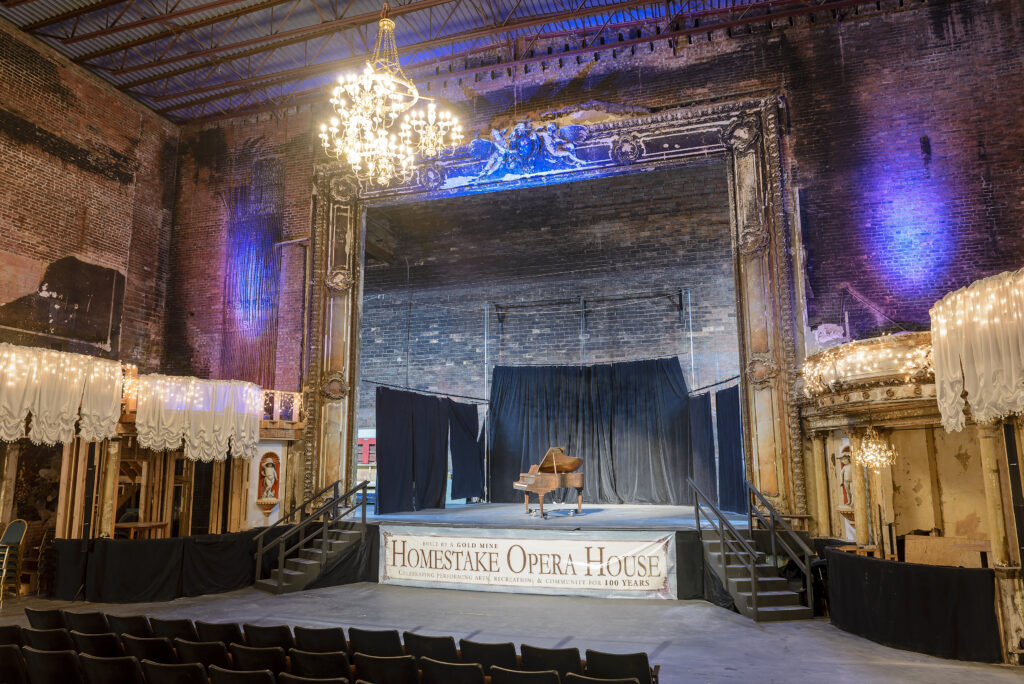 Established in 1914 by Homestake Gold Mine, this theater exposed the people of Lead to arts and culture. With 1,000 seats, the building not only served as a theater but also as a community center for miners and their families, with a library, billiards hall, bowling alley and heated indoor pool also found within. Since the mid-1990s, the theater hosts concerts, movies, dance events and weddings, as well as historical tours of the venue. 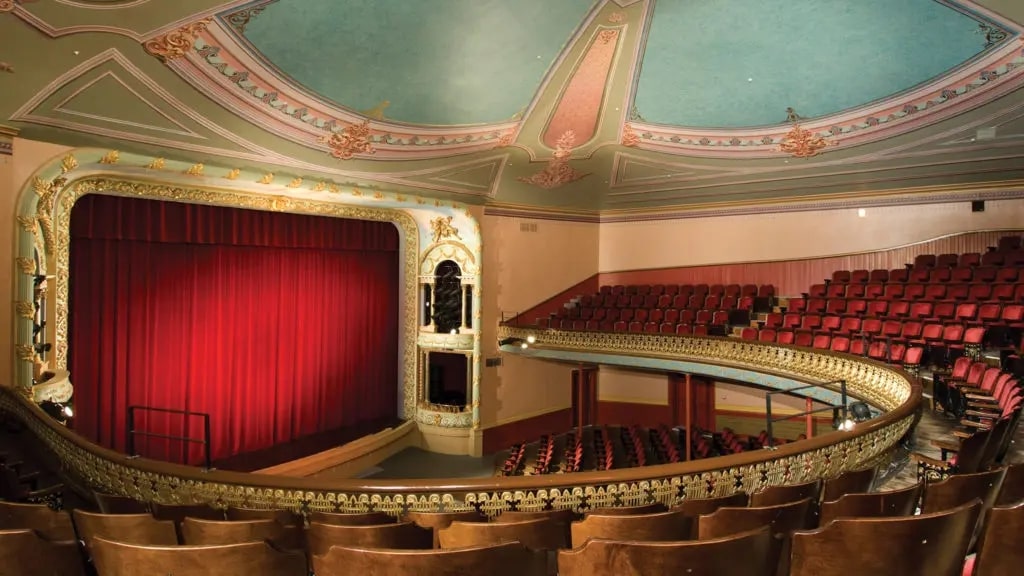 First opened in 1878, The Music Hall got its start after featuring New York City’s Broadway show tours. The hall eventually become a film theater for the public before turning into a nonprofit center for the arts. Named an “American Treasure” by the Department of the Interior, the hall hosts more than 130,000 patrons each year.