Hamptons’ Canoe Place Inn Has Been Rebuilt and Reimagined

The highly anticipated Canoe Place Inn & Cottages, in Hampton Bays, New York, reopened its doors this year, signifying a return to glory after sitting vacant for nearly two decades. Canoe Place Inn is a treasured eastern Long Island landmark. Founded in the 17th century as Canoe Place, the present buildings sit on the same site as the original. For hundreds of years, Canoe Place in Hampton Bays was referred to as “The First Stop Out East.” Now, the iconic inn, historically frequented by starlets, socialites, politicians and presidents, once again accepts guests in the pretty village of Hampton Bays, within the township of Southampton. 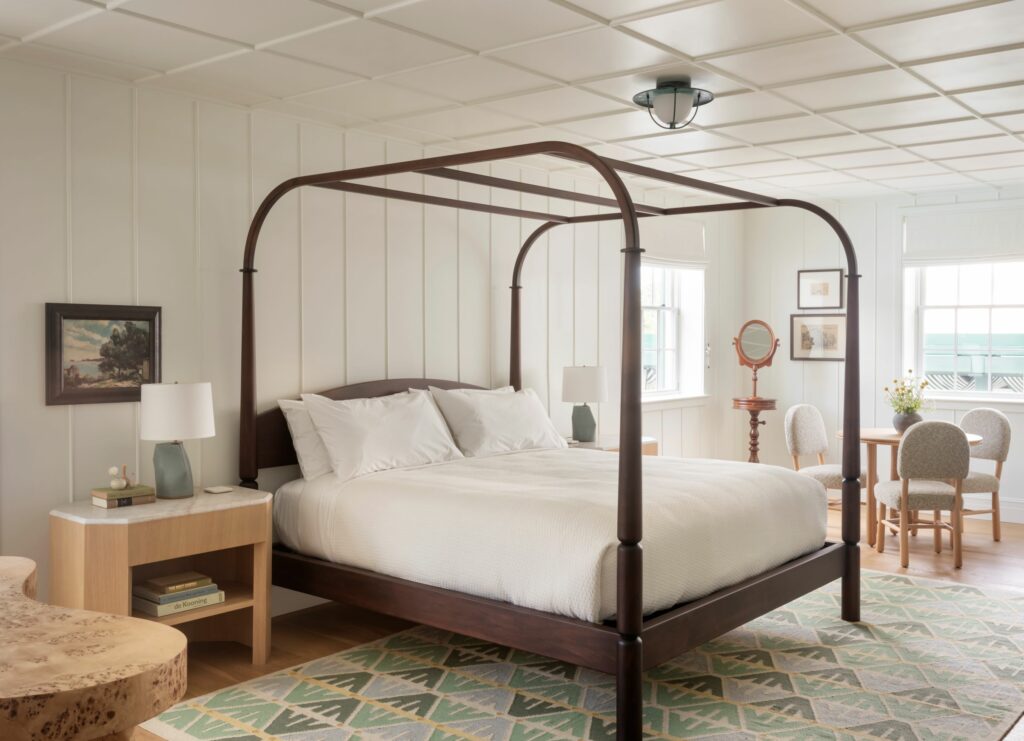 Dating back to 1679, Canoe Place was a coaching inn occupied by British officers during the Revolutionary War; a star-studded inn and dance hall of the early 20th century; a speakeasy during Prohibition; and a nightclub of the 1980s through the early 2000s. Over the decades, Canoe Place hosted a wide variety of guests, from Teddy and Franklin D. Roosevelt to Cary Grant and Lucille Ball, Albert Einstein and Babe Ruth. In later years, journalists, entertainers and politicians were frequent guests for overnight stays or for a stop for drinks at the bar. 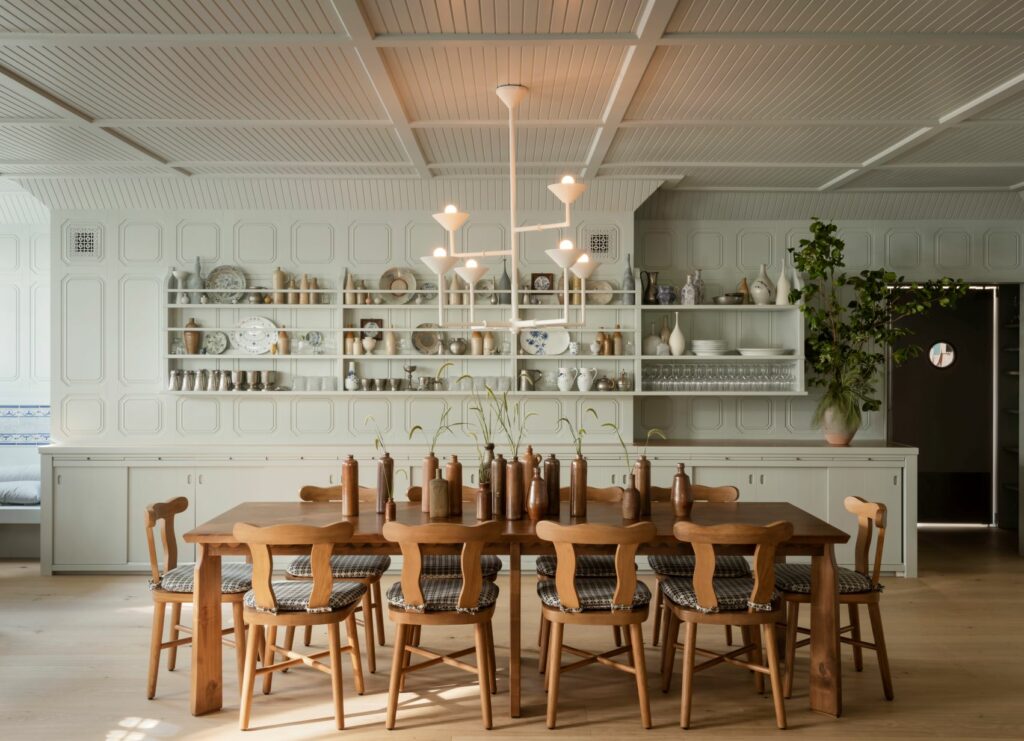 Meticulously restored by established Long Island developers Mitchell and Gregg Rechler of Rechler Equity Partners, the team tapped into some of the industry’s top talent for the project, partnering with Main Street Hospitality to bring Canoe Place back to life. Acclaimed design firm Workstead reimagined the interiors for the restoration, while James Gersten and Silver Street Hospitality conceptualized and currently oversees the food and beverage program.

Perched on a hillside just above the inn along winding pathways are one- to four-bedroom guest cottages, each equipped with a private backyard, grill and fire pit, outdoor shower and wrap-around front porch, creating the allure of an exclusive neighborhood but with the conveniences and luxuries of the Inn.

Canoe Place’s art collection, personally curated by Mitchell and Gregg Rechler, showcases the work of local and internationally renowned artists, including Doug Aiken, Yoan Capote and Tony Tasset. Known for his representations of Native American traditions contextualized within history, a Jeffrey Gibson painting prominently positioned in the lobby pays homage to the Shinnecock people who first inhabited the area.

A beautifully appointed full-service spa created in partnership with the acclaimed ONDA Beauty team mirrors the hotel aesthetic. Whimsical, pastoral murals adorn the walls of three treatment rooms, including a room for couples. A relaxation room is wrapped from wall to ceiling with a striped covering, emulating the feel of a cozy tented garden pavilion. 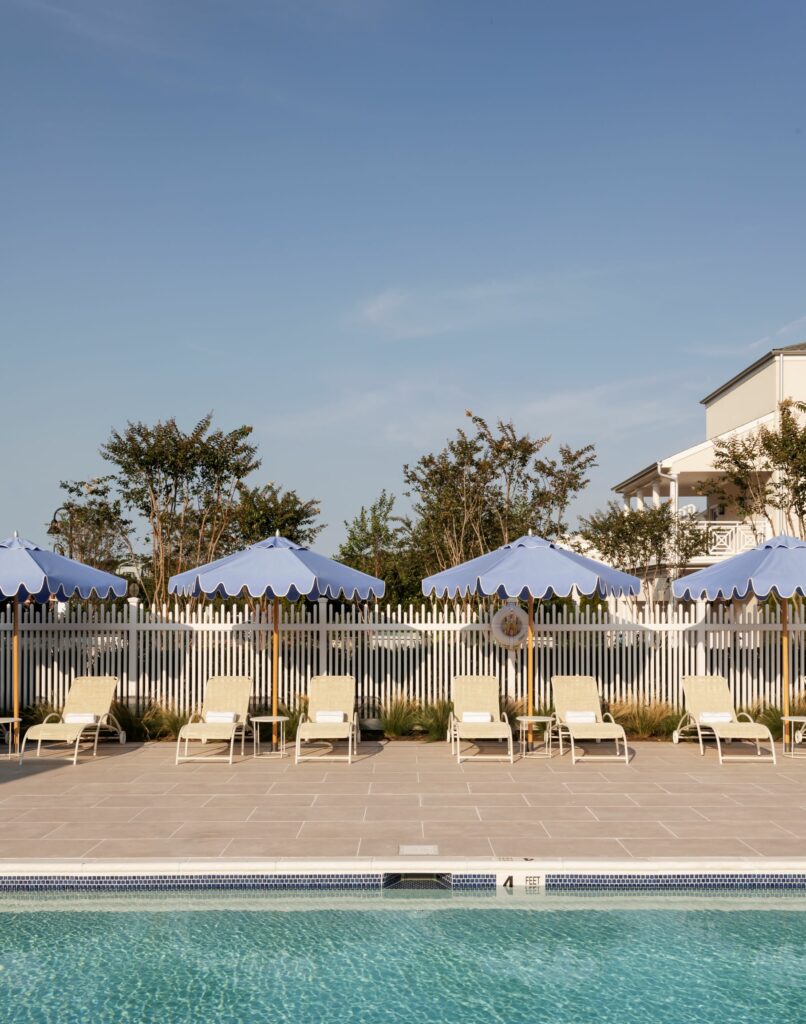 The tavern offers seating between Tavern bar and the wood-paneled, China-lined Bottle Room, with additional seating at the outdoor “garden by the sea” terrace and bar, filled with lush greenery and climbing trellis. Discreetly tucked away behind the tavern, a private study features an original brick fireplace and serves as an intimate cocktail destination, reminiscent of the Inn’s days as a speakeasy.

The town of Hampton Bays is a somewhat secret Hamptons location, boasting more waterfront and protected beaches than any other area in the Hamptons. Just 90 miles from New York City, the Inn lies minutes from the more well-known Hamptons villages of Southampton, East Hampton and West Hampton Beach.

I know you've been traveling, as you frequently reach out with pictures and tales from your journeys. A recent study indicated business travel is back to 52 percent of 2019 levels. However, that number includes all businesses, and we know smaller businesses travel at a more robust level. Industry trackers tend to focus on large companies, as they can easily gain statistics from their movements. But, in fact, small- to medium-sized businesses, which comprise the majority of Global Traveler’s readership, represent the largest-growing segment of business travel.