Cruise Lines are Eager to get Passengers Back to Alaska

After a catastrophic no-sail season, cruise lines were buoyant about forthcoming operations in Alaska, the world’s fifth-most popular cruise destination. One in 10 Alaskans work in tourism-related industries, with passenger ships accounting for more than 1 million annual visitors. The desire to sail the waters of America’s last frontier has been pent up for many months by the pandemic, and the 49th state, along with cruise lines worldwide, was eager to see a vigorous return of coastal cruising this year, followed by full recovery in 2022.

Despite a mother lode of potential passengers and an impressive array of new health and safety protocols, the persistence of COVID-19 and related regulations promised a slow relaunch of Alaskan sailings. Cunard Line and Windstar Cruises both scratched Alaska schedules for 2021, and most cruise lines scaled back operations and put off early spring sailings. Then on February 5, 2021, the Transport Canada minister extended its order banning cruise ships carrying more than 100 passengers from its waters until February of next year. 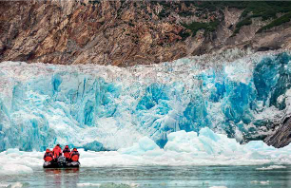 Affected cruise lines suspended the sale of 2021 itineraries but did not immediately cancel their sailings, expressing the hope that progress in the fight against COVID, temporary changes to U.S. maritime regulations and/ or diplomatic measures might lead to the order being rescinded early, allowing them to salvage at least a portion of this season.

In the meantime, the two biggest players in Alaskan waters, Princess Cruises and Holland America Line, announced a commitment to open some of their wilderness lodges in places like Denali, Fairbanks and the Kenai Peninsula for land vacations in the interior. Princess, which boasts more than half a century of service in Alaska, and Holland America, celebrating its 75th year in Alaska in 2022, the most of any passenger line, expressed their intention to “continue to maintain a focus on what we can do to support our fellow Alaska businesses, the thousands of people who rely on the tourism industry, and the regions in which we operate.” Next year both lines expect a full return to sailings departing primarily from Seattle and Vancouver, employing premium-service, mid-sized ships to hit the highlights of Southeast Alaska’s Inside Passage, a 1,000-mile- long stretch rife with glaciers, fjords, snowy peaks, grizzly bears, majestic whales and historic harbors.

Other premium lines ply Alaskan waters, too. Viking Cruises will make plenty of 11-day sailings between May and September 2022 on the 930-passenger Viking Orion. Oceania Cruises’ 684-passenger Regatta will sail seven- to-11-day cruises roundtrip from Seattle from May to August in 2022. And Windstar Cruises returns next year with a series of 11-day journeys linking Vancouver and Fairbanks via seven-day cruises and four-day inland tours. A team of eight onboard expedition experts enhance the experience aboard the 312-passenger, all-suite Star Breeze.

Passengers seeking plusher Alaska cruises on smaller, all-inclusive, high-luxury vessels will notice plenty of smooth sailing on the horizon. Seabourn will operate seven- to 11-day sailings on the 450-passenger Seabourn Odyssey between Vancouver and Juneau or roundtrip Vancouver in 2022. Notable stops include Glacier Bay, Misty Fjords, Haines, Sitka and Wrangell. 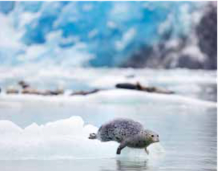 Between May and September of 2022 the all- inclusive, all-suite operator Silversea Cruises offers seven-day Inside Passage cruises between Vancouver and Seward/Anchorage. The 596-passenger Silver Muse and the 388-passenger Silver Shadow share 32 sailing dates between them, visiting iconic Gold Rush ports and cruising past mighty Hubbard Glacier.

Like its high-luxury competitors, Regent Seven Seas strongly favors the seven-day Vancouver/Anchorage format. In 2022 the Seven Seas Mariner’s all-balcony suites will accommodate up to 700 passengers on each of its 18 Alaska cruises. For Crystal Cruises, the 980-passenger Crystal Serenity takes on a series of seven- or 11-night summer voyages between Vancouver and Anchorage (Whittier) or roundtrip from Vancouver.

CRUISING SMALL IN THE TRUE ALASKA

For those determined to cruise Alaska this summer, lines operating U.S.-flagged ships hosting fewer than 100 passengers may be able to ply those northern waters, depending on local health authorities and CDC directives.

UnCruise Adventures brings guests up close to glaciers, fjords and rugged wilderness expanses with opportunities to hike, kayak and paddle board. It does so with an Alaskan fleet ranging from the 22-passenger Safari Quest to the 76-passenger Wilderness Discoverer.

Prague soon welcomes The Julius, Prague, this July, a hotel offering an entirely new hospitality experience for the modern traveler. Drawing on 160 years of service, quality and innovation, the founding Julius Meinl family of Viennese food emporium Julius Meinl am Graben mark their entry into the world of travel with this new property. The new hotel lies within a large-scale neo-Renaissance building in the center of New Town, a short walk from Prague’s Old Town gates.

From hotels to restaurants to chic beach clubs, there is perhaps no region of the world where design and culinary savvy meet stunning scenery and magnificent culture like they do in the Mediterranean region, where some of the “hottest” venues exist for those wanting to enjoy it all.