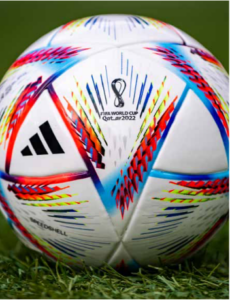 Starting Nov. 20, 2022, the world’s attention will temporarily focus on an Arabian Gulf country smaller than Connecticut. For Qatar it represents the culmination of a long-term strategy to secure its place on the international stage through sport, and sporting events don’t come any bigger than the FIFA World Cup.

Other events claim to be the biggest. The Summer Olympics, of course. The Tour de France … reputedly watched by 3.5 billion viewers, though receipts are hard to come by and the actual figure is likely much smaller. The Super Bowl is heavily followed in the United States but not so much elsewhere. Only soccer unites the entire world in sporting fervor, and never more so than during the month-long World Cup finals, held every four years. This year, for the first time, the event is being staged in the Middle East. Qatar’s big moment has arrived.

This moment was half a century in the making. Formerly a British Protectorate, Qatar gained independence in 1971, deciding to go it alone rather than join the United Arab Emirates. With a population of just 119,000 inhabiting a desert peninsula jutting into the Arabian Gulf, the fledgling nation had two sources of wealth: the export of pearls (in the first half of the 20th century, Qatar accounted for 80 percent of the global supply) and the world’s third-largest natural gas reserves.

Gas and oil made Qatar the richest country in the world per capita, and that, in turn, transformed the skyline of Doha, the capital city. The first high-rise buildings didn’t appear until the 1980s, but they signaled an explosion of construction. The downtown area adjoining the Corniche — the city’s sweeping waterfront — rapidly transformed into a dense, shiny forest of skyscrapers. Land reclamation projects altered the coastline, and development created new urban areas, most notably the city of Lusail, 15 miles north of Doha.

Through all of this development, sport remained a recurring theme. Since 2004 Doha hosted many Asian and world championships in sports as diverse as handball, weightlifting, fencing, athletics and gymnastics. The emirate also established itself as an annual fixture on the calendar for the Formula 1 Powerboat World Championship and for Formula One motor racing at a purpose-built circuit at Lusail. Qatar failed to win its bid to stage the 2020 Olympics but secured the biggest prize of all with the announcement in 2010 that Qatar would host the 2022 FIFA World Cup.

Qatar was a controversial choice. Visiting fans would be subject to draconian laws limiting the use of alcohol, as well as total prohibitions on pre-marital or gay sex. On the field, the weather was a major concern. The World Cup is traditionally held in June and July … Qatar’s hottest months, with average temperatures of 106 degrees Fahrenheit. Cooling systems were proposed to lower the temperatures within the stadiums, though the technology was untested. Eventually, the unprecedented decision was made to move the tournament to November and December, causing huge disruption to domestic soccer around the world. Alcohol laws will be relaxed during the tournament, but there will be no protection for the rights of LGBTQ+ fans.

Qatar constructed eight new stadiums to host the matches. Ordinarily the stadiums are spaced out in different cities around the host nation. Because Qatar is so small, all of the stadiums lie within a 30-mile radius of Doha, with four in Doha itself. In the long term, Qatar will have no need for eight large stadiums, and so some of them are temporary. Stadium 974, for instance, was built using 974 recycled shipping containers. The main venue, hosting the final on Dec. 18, is the stunning 80,000-seat Lusail Iconic Stadium, designed by Foster + Partners.

A persistent controversy stems from Qatar’s use of low-paid migrant workers (mainly from the Indian subcontinent) in the construction industry. Since the World Cup was awarded to the country, an estimated 6,500 migrant workers died in Qatar. Local authorities insist the total number of deaths related to the construction of the stadiums stands at 37.

All controversies will be set aside when the tournament kicks off and 32 competing nations vie for the greatest prize in world sport. For Doha, it will be a moment long dreamed of. Billions of people in every corner of the world will follow every minute of every match, and the global perception of this capital city will be permanently changed. Doha will be on the map.

The traditional heart of Doha was Souq Waqif, the chaotic, ramshackle market where trade took place for centuries. It’s still here, but authenticity has been traded for modernization. Rebuilt stalls (albeit in traditional style) line neatly paved narrow alleys. Some Middle Eastern souks still feel like a trip back in time; Doha’s is very much a modern reincarnation.

Qatar views history through the prism of modernity. That’s especially true of the National Museum of Qatar, a spectacular building constructed to resemble a desert rose crystal. The permanent exhibition chronicling the country’s history is presented in an unashamedly con- temporary way, with artifacts arranged for visual effect. Full-sized moving projections bring scenes of old Doha to life around you. Not far away, built on its own artificial island in Doha Bay, the Museum of Islamic Art houses a priceless collection of art from across the Muslim world spanning 1,400 years. It reopened in October 2022 after a 12-month refurbishment.

Doha was historically a maritime city, and its heritage is evoked at Dhow Harbour, which moors dozens of traditional wooden vessels. In the past, these sailing boats plied the trade winds to voyage around the Arabian Gulf as well as to India and Africa. Now they mostly operate pleasure cruises in the bay.

On the Corniche beside Dhow Harbour you’ll find a monument devoted to the 2022 World Cup, featuring flagpoles bearing the national flags of the 32 competing nations. The Corniche, a paved pedestrian walkway that curves for five miles around Doha Bay, proves an attraction in its own right. It offers a great place for walking or jogging in the cooler months.

Banana Island Resort by Anantara
A 20-minute boat journey takes you from downtown Doha to this archetypal island paradise, where private thatched villas each have their own pool.
Banana Island, Doha
$$$$

Mondrian Doha
Breathtaking, both outside and in. The rooms and public spaces offer a sophisticated visual feast.
West Bay Lagoon, Doha
$$$$

Billed as an indoor food park, this 200-seat eatery on manmade Pearl Island offers a choice of a hundred dishes from around the world.
Pearl Boulevard, UDC Head Office Tower, The Pearl, Doha
$$$

All U.S. citizens require a passport valid for at least six months beyond the arrival date plus an onward air ticket and confirmed hotel reservation. Visas available on arrival for a maximum stay of 30 days.

INFO TO GO
International flights arrive at Hamad International Airport, 2.5 miles from downtown Doha. Many top Doha hotels offer limousine transfers, or you can opt for the Metro, connecting to stations throughout Doha and Lusail. Car rental is an option, though driving in Doha is not for the faint-hearted.