More than 30 employees, from aviation painters and designers to engineers, worked to paint the 737-800 NG at Copa Airlines Maintenance Center at Tocumen International Airport in Panama City. It took more than 2,500 hours of work across 15 days. 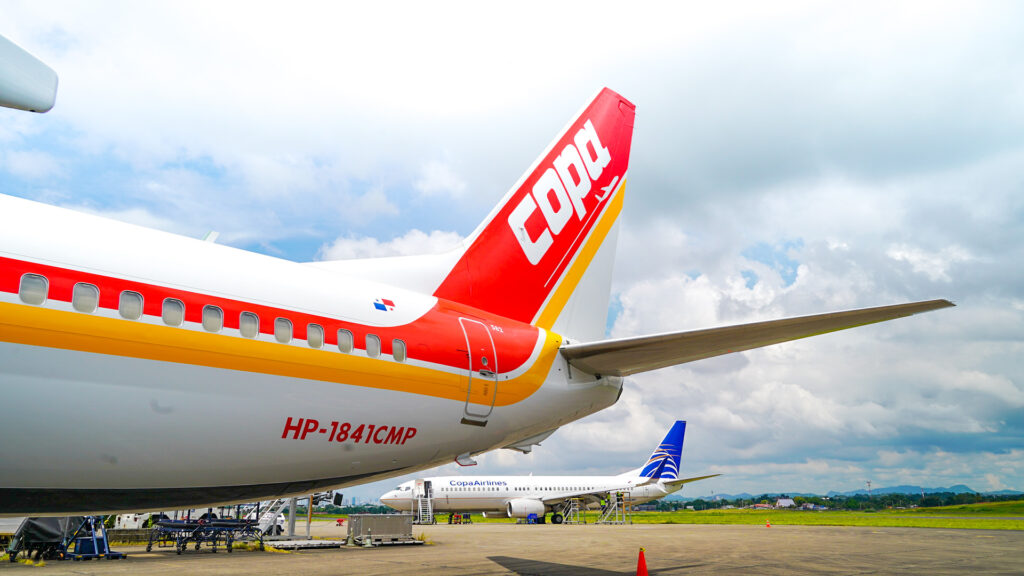 “This Boeing 737-800 NG painted in the colors that our fleet had at the beginning of the 90s commemorates a key time in our history when we created what would become the Hub of the Americas®, transforming Copa into the leading airline in the region,” said Pedro Heilbron, CEO, Copa Airlines. “Our history represents the commitment and achievements, but above all, the great endeavor of our people to overcome all the challenges we have encountered along the way as we proudly carry the Panamanian flag through the skies of America for 75 years.”

Following an unveiling event on Aug. 31, the commemorative livery took off from Panama City to New York, and will now fly designated routes to more than 75 destinations in 32 countries.

Spectacular dreams of soaring through the heavens, unbound and untethered, exist among populations and cultures around the world. Possessing the ability to fly also ranks high as a desired superpower: Who among us wouldn’t love to swoop in from an aerial position to rescue the frightened child and bedraggled dog from being swept down the heartless, raging river?